-Demi Lovato on Frankie, the 9-year-old brother of the Jonas Brothers

I know what you're thinking.  A fourth Jonas brother?! Oh, yes, exactly what the world needs. But let's forget about that for a second because the real news here is that Demi Lovato a) is aware that Mick Jagger exists, and b) has likened him to a 9-year-old, and not just any 9-year-old. A 9-year-old JONAS BROTHER. Guess who just landed themselves on the top of Mick's shit list? 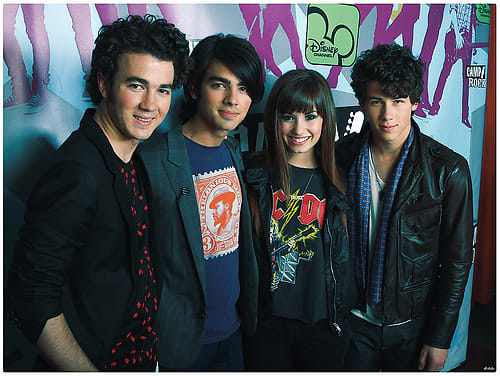 Demi Lovato and The Jonas Brothers