Courtney Love unleashed the crazy yet again claiming to have had an affair with none other than Kate Moss.  It's no secret that Kate was high for the better part of the 90s, which is the only reason we think this could possibly be true. But come to think of it, those two should date, they'd make a fantastic couple, like a union of the two titans of hot mess. Got to love how Courtney casually chalks this up to just being how things were at the time, like that's just what everyone did back then. I mean, duh... who didn't hook up with Kate Moss in Milan in the 90s? Keep 'em coming, Courtney. 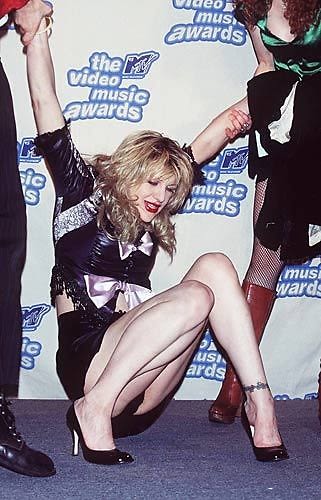