It's been a minute since we brought you our list of the locations we predicted would be featured in the upcoming final season of "Entourage" after season 7 aired, and much has happened here since then. 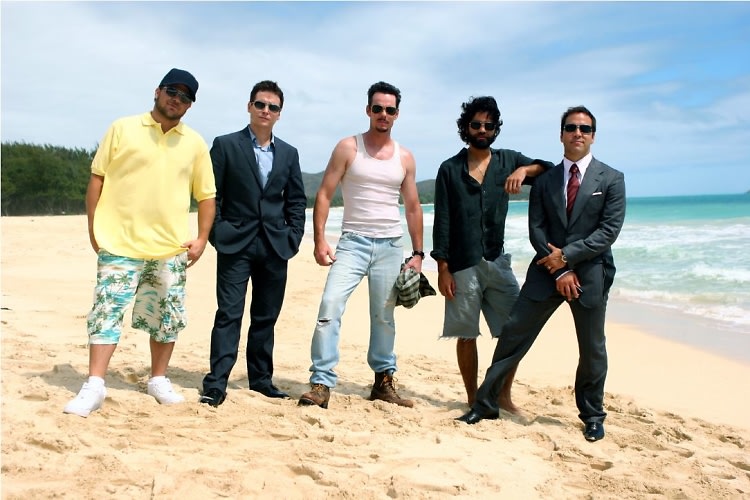 The lingering series has been dying a tedious, trite death and I'm just going to take a stab in the dark and say this season Vince will end up at Promises where he'll become sober buddies with Estella Warren or some equally beautiful disaster, only to relapse at E and Sloan's wedding after an unwitting fan offers him a shot of Avión tequila. But as a categorically apathetic Los Angelite, you'll still semi-watch the final season for the sole purpose of seeing which L.A. restaurants and clubs the gang hits up for that particular gratification you get from a scene centered around the same table you sat at last week for lunch at Urth. Right?

So with the final premiere just a few weeks away, here's Part I of the updated version of the local spots I predict to be featured, or at least mentioned, in "Entourage" season 8. [Photo via]

The family behind the famed NYC Italian status meal restaurant recently pushed its way out west landing in the south end of Beverly Hills, this time opening a full-scale hotel with a restaurant serving classics from the original Cipriani location. Although opened under the official name of Mr. C, most refer to it as Cipriani. We're thinking Ari Gold may take a potential client he's courting here for lunch or check in for a night after a nasty tiff with Mrs. Ari. [Photo via]

Last season, the boys hit up Trousdale so it only makes sense that they make a stop at Brent Bolthouse, Guy Starkman, and the rest of the Trousdale team's newest nightlife destination. And if/when they do, I really need to see Drama dance with conviction on top of the banquettes as he clenches those overhead handle strap things convenient for dancing when you're so shwasted you can hardly stand upright. [Photo via]

This isn't so much a prediction as it is a recommendation of a place that would lend "Entourage's" producers some serious credibility for picking a spot that accurately reflects what's really happening with L.A. nightlife. However, due to P&A's speakeasy sensibility, selective door policy and stance on PR—in stark contrast to pretty much every other place's of wanting as much press and exposure as possible—which is that they'd prefer none, and I might actually get in trouble for writing this, I'd be shocked if it got featured. But pretending for a second that it did, someone would bang someone they shouldn't have in one of the coed bathroom stalls, a wallet or iPhone would get left behind, and Vince's willpower would be tested by the overwhelming temptation to put stuff up his nose. Lots of it. [Photo via] 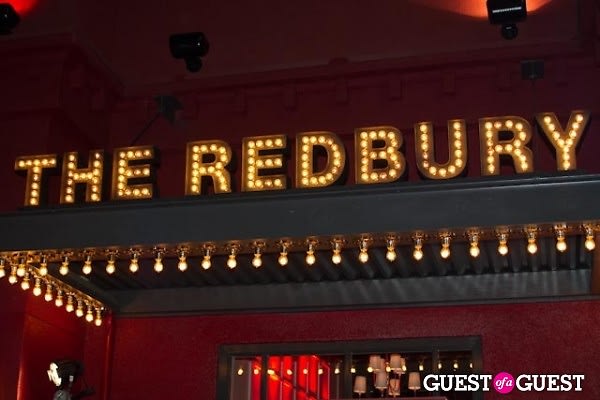 Ugh, f*#% that place. I don't know, SBE's new "bohemian" Hollywood hotel that's everything but? It has framed '60s rock band posters on the walls and we're supposed to interpret it as "counter-culture", but it's impossible for me not to see it as another imperial conquest in Sam Nazarian's vision to turn the world into Las Vegas. Despite my issues with the place, it's a new Hollywood destination, therefore making a prime contender for an "Entourage" cameo.

Another SBE dominion that expanded the popular NYC hot dog stand franchise to Hollywood recently. Its proximity to all da clubs make it a possible post-bottle-poppin'-night-out nom nom stop for the crew. Johnny Drama will somehow take offense to how the Hollywood location has bastardized the dignified, classic delicacies of his hometown. He will use the word "disgrace" emphatically at some point during his impassioned rant. E will be so embarrassed by the scene but do absolutely nothing about it. Why? Because he's a little bitch. And also because he's got Sloan at home pregnant and he can't believe Drama's 2am temper tantrum over hot dogs is part of his reality as he's about to be a father. The whole ordeal is a wake-up call that he needs to start making some lifestyle changes. [Photo via]

Are you still with me? Awesome, because there's more but I'm cutting it there. You'll just have to wait until tomorrow for part dos of this, which I realize may make it difficult to sleep tonight but just tough it out or take something. And make sure to come back tomorrow for the rest in Part II of my "Entourage" Updated Season 8 Featured Location Predictions.