I've taken a break on the Page Six scrutiny over the past two days. Mainly because my focus had turned towards criticizing other media outlets. Thankfully, I am back on the Page Six Death Watch bandwagon, doing my part to point out the imperfections of the popular column.

So on first pass, the stories from this week's Page Six seemed to be true. Lame, but clean. However, taking a closer look, some inaccuracies revealed themselves. I can't explain to you why I get a kick out of this, but I do, and here is what I found to be unworthy of being printed as "news" in Page Six yesterday alone. 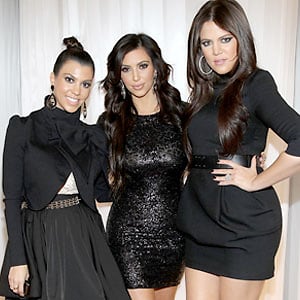 The story: According to Pg.6:

"The Kardashian sisters commanded $25,000 to turn up at Pacha to promote their new prepaid MasterCard on Tuesday night. But now club bosses want their money back after the girls stayed for less than an hour instead of their contracted three hours before being coaxed back. The West 46th Street club paid MasterCard for Kim, Khloe and Kourtney to grace its red carpet, but "they stayed for just 45 minutes then left."

The truth: Via E! online:

"We were supposed to stay until 10 p.m., but we left when the girls finished doing interviews and meet and greets because one entity told us we could," says Kardashian rep Jill Fritzo. "Then another entity was upset and called us, so we came back just to keep everyone happy."

Despite a Page Six report claiming Pacha is now demanding a $25,000 appearance fee back from the sisters, Fritzo said the girls made no money from the party.

"They didn't get an appearance fee," she said. "This was a launch party for their Mastercard and they don't get paid to promote their own products. Any fees or promises made were between the club and Mastercard."

Likewise, a Mastercard rep shot down the Page Six story, telling me: "Absolutely false. This [Page Six] reporting is irresponsible. The event was highly successful! All parties are satisfied and pleased to be partnered with the Kardashians." 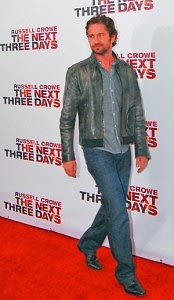 #2. The Page Six Headline: Gerard Butler won't touch food at after-party for 'The Next Three Days'

Apparently Butler is trying to lose weight for his upcoming movie and looked starved! He wouldn't touch any food and only drank water (gasp!).

This headline lead to this post by ShowBizSpy: "GERALD BUTLER HAS AN EATING DISORDER."

My friend who was at the party and saw Gerarld Butler had this to say: "He had a glass in his hand with some kind of brown liquid (coke? Whiskey? Who knows.) and was flirting with pretty brunettes and looked happy. He looked like he always does. Like a ladies man."

The Verdict: Wanna be gossip columns that follow Pg.6 item for item (yes they do unfortunately exist), are going to try to make an overblown non-story even more sensational. Gerald Butler enjoying a drink over food turns into him having a full on eating disorder. (Note: most of the food passed at those parties ishighly suspect- I usually pass them up too...does that mean I also have eating disorder!?).

Page Six is a leader and going to have followers regurgitating whatever they put up. This is even more of a cause for them to be committed to producing solid stories.

I haven't had a chance to peruse through today's pg.6, but it's safe to say that, come Monday, I'll have more to add to the Death Watch! Feel free to email me if you see any!