The Shweeb. See this cool bike-monorail-thing at left? Well, that picture is from a New Zealand amusement park, but we've recently convinced the NYC Department to build one connecting our offices to the High Line. Stanley took a class in grant writing, and it was actually surprisingly easy despite the common conception that New York's bureaucracy is swarming in red tape. hey, if THIS airport in Central Park is a possibility, the Shweeb should have no troubles getting built right?

The Shweeb contains self-contained pods that are more accurately described as "pedal-powered recumbent vehicles hanging from monorail racetracks." They're more efficient than bicycles -- you can reach higher speeds more easily -- and they're totally sustainable. Now Stanley just has to write the grant asking the DOT to supplant all of Manhattan's existing infrastructure to make way for a massive network of Shweebs. Call it our gift to New York. 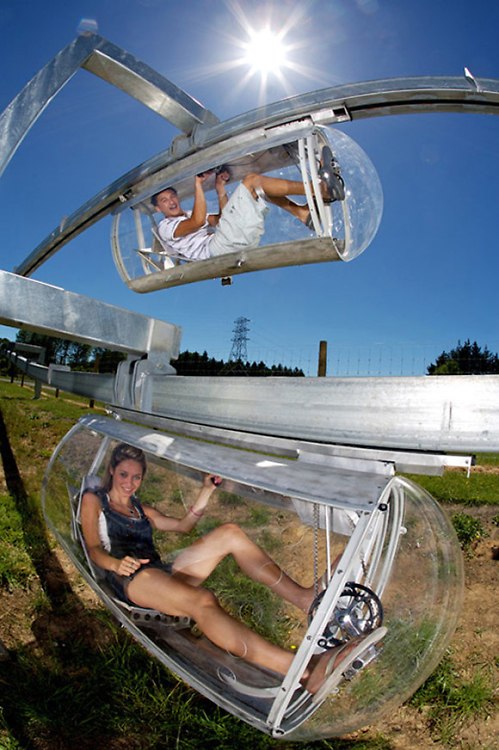