[Hilary Duff and Chance Crawford filming for the return of Gossip Girl.  Photos via Getty].

August marks that special time in the summer when the interns return to their college campuses, and the Manhattan finally gets its city back.  With just over a month until the Season Three premiere of Gossip Girl, the full cast has begun to return for an aggressive filming schedule.  We hear Blake Lively, Leighton Meester, Penn Badgley, Chance Crawford, Taylor Momsen, and newcomer Hilary Duff were all on time for an early morning taping in the West Village yesterday - hope this doesn't put cramp in the Gossip Girl's class schedule.

Some shots from yesterday's shoot: 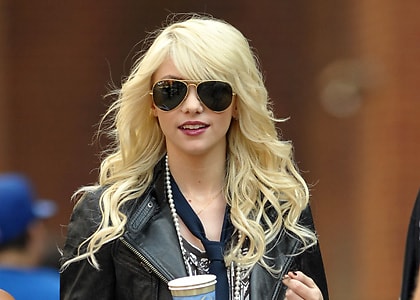 Taylor Momsen, now sixteen, sports a new coiffe on her way to the set. 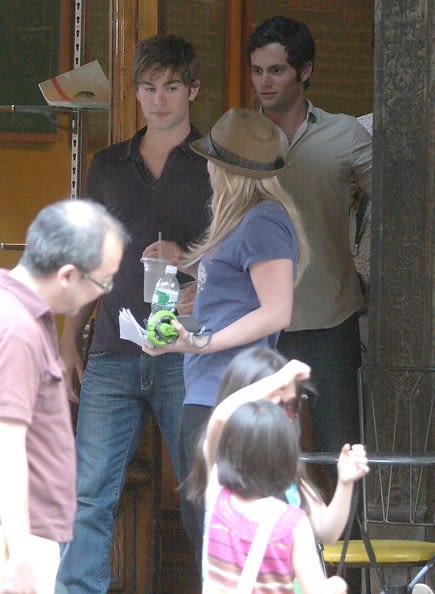 Chance Crawford, Hilary Duff and Penn Badgley on a break. 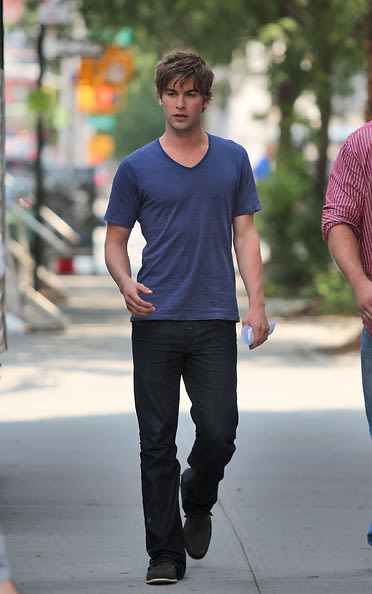 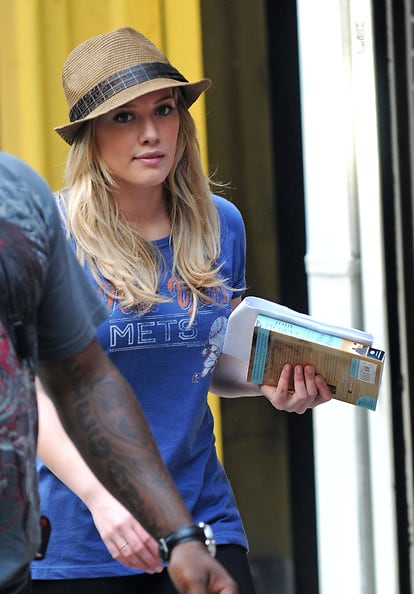 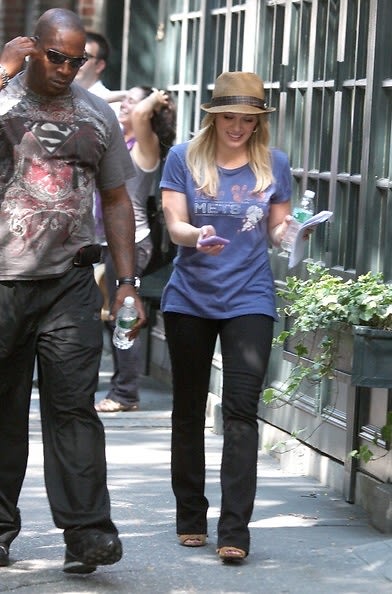 ...slowly making her way to set. 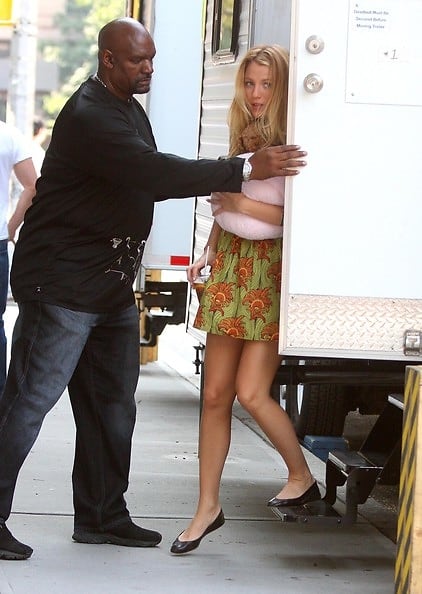 Blake Lively with pet in tow. 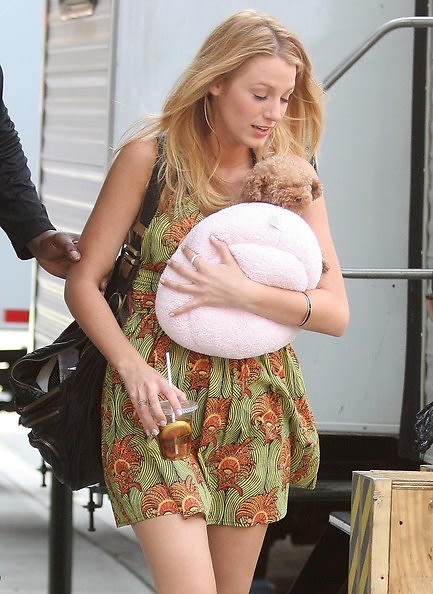