1. Paris Fashion Week. I'm not sure what's worse, missing out on Paris Fashion Week - or - having to live through the tweets from our friends that were lucky enough to make it there. Alas, here are some of my favorites: 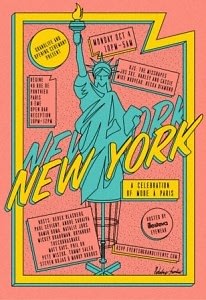 @womensweardaily: Gisele closing the Balenciaga show in Paris. [pic here] about 4 hours ago via Twitpic

@womensweardaily: Orlando Bloom is front row at Balenciaga to watch his wife Miranda Kerr walk in the show. #pfw about 5 hours ago via HootSuite

@derekblasberg: A perfect start to #PFW: first a greasy roque madame, then Balmain and Rick Owens' shows, and finally French Vogue's masquerade ball. Voila! about 1 hour ago via OpenBeak 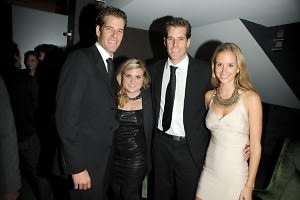 2. The Cinema Society's Social Network Screening last night. Though it wasn't the premiere, the screening hosted by Andrew Saffir and Daniel Benedict, was equally as glamorous and star studded. It started off with an introduction by Aaron Sorkin, with Justin Timberlake and Jesse Eisenberg joining him on stage, and ended with a party at the new Gansevoort Park Avenue where my dates (Cameron and Tyler Winklevoss - left, photo by Clint Spaulding for PMc) got a chance to hear the reactions of the film from guests like Gabourey Sidibe, Michelle Rodriguez, Petra Nemcova, Rachel Roy, Olivia Palermo and the NYC social set. More than a couple guests confused Cameron and Tyler for the actual ACTORS of the film - the casting director surely deserves some recognition! Justin Timberlake and Jesse Eisenberg were also on hand enjoying the open bar (by Mionetto Prosecco) and the tasty spread.

The movie, which opens to the public tomorrow, has already received Oscar worthy buzz. I love this take on the film: [Jeff Jarvis]

[All "The Social Network" Coverage]

3. Arianna Huffington pledges to provide bus service from NYC to DC to anyone interested in attending Jon Stewart's Rally To Restore Sanity. The Huffington Post founder went on the Daily Show to talk about her new book Third World America. [HuffPo]

4. Mindy Kaling. NY Mag seems to have a bit of an obsession with the Office's Mindy Kaling. And I don't blame them. Her article "The Funny Side of Love" is on stands now. And the magazine's online outpost, Vulture, is hanging out with the star who is set to be the new "American Sweetheart." [Vulture] 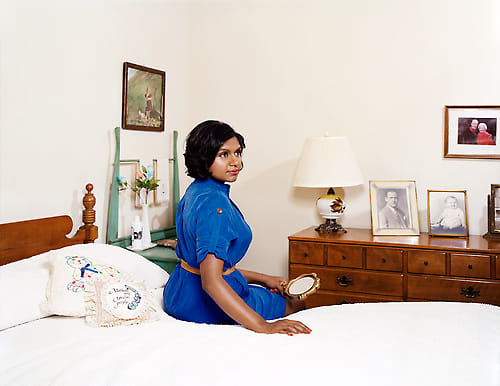 "There's nobody that looks like me in movies, nobody would cast me as a romantic lead, but I want to do it and I feel confident that I can."

5. Anderson Cooper may be getting a Daytime Talk Show. The CNN anchor and "Anderson Cooper 360" host is apparently very close to signing a deal with Telepictures Productions and Warner Bros. Domestic Television Distribution for a program that would be pitched to stations in the next couple of weeks targeted to launch in fall 2011. [Livefeed]

6. President Obama on meeting Bob Dylan: "Here's what I love about Dylan: He was exactly as you'd expect he would be. He wouldn’t come to the rehearsal; usually, all these guys are practicing before the set in the evening. He didn't want to take a picture with me; usually all the talent is dying to take a picture with me and Michelle before the show, but he didn’t show up to that. He came in and played "The Times They Are A-Changin'." A beautiful rendition. The guy is so steeped in this stuff that he can just come up with some new arrangement, and the song sounds completely different. Finishes the song, steps off the stage… comes up, shakes my hand, sort of tips his head, gives me just a little grin, and then leaves… That was our only interaction with him. And I thought: That's how you want Bob Dylan, right? You don't want him to be all cheesin' and grinnin' with you. You want him to be a little skeptical about the whole enterprise."[Soup]

7. Conan O'brien's brand new Team Coco Logo. "Sweet, right? Awesome, no? Are you having trouble seeing after having your eye jelly melted right out of your skull from its INCREDIBLE AWESOMEOSITY?!? (A word I just made up, btw)." [Team Coco] 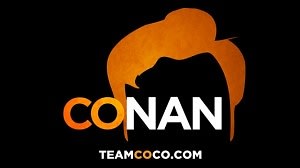 8. Snooki gets a book deal. The Jersey Shore poster girl has signed a deal with Simon & Schuster to write a novel called, A Shore Thing. [Jessicachu]

9. The Olsen Twins arrive in Paris. Right next to our friends, DANNIJO: 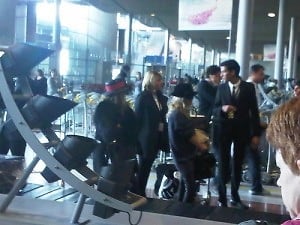 10. Because I miss Paris...I'm leaving you with this photo from my trip this summer. It's at Merci, the boutique on Beaumarchals. If I were there for Fashion Week, I would stop in to catch up on my reading and sip a latte. 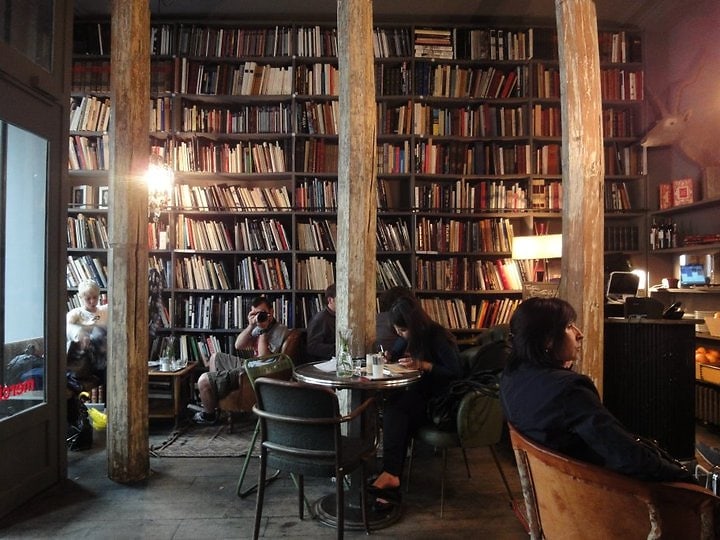