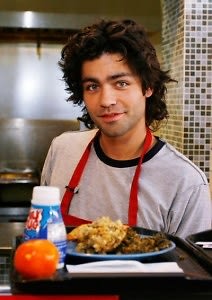 As the air cools, New York heats up. Between the U.S. Open, Fashion Week and the New York Film Festival, the fall buzz is deafening. And high profile restaurant and nightlife openings keep coming, including rumored ventures from Adrian Grenier and the Sevigny-Khan alliance.

This morning Bowery Boogie ran an item about hirsute Entourage star and Park Slope Food Co-Op member Grenier being spotted in a "mystery" restaurant on Orchard Street. The space is a mystery because it's been vacant and undergoing renovations for the past five months. Adding grist to the rumor mill: Grenier checked out the location with nightlife promoter Joey Verdone. Might the actor be entering the restaurant business? If so, will it have the vibe of his native NYC or Los Angeles, the city his TV character embodies? We'll keep you posted.

Speaking of LA, Kenmare and Don Hill's co-owners Paul Sevigny and Nur Khan aren't the biggest fans. Here's what Sevigny had to say about the City of Angels in a Grub Street interview:

"[Don Hill's] isn't about the person who can roll into town from L.A. with a black card and afford an $18 cocktail. That's not who we're trying to attract."

"We're not fucking packing up and moving to L.A."

However, the two are quite fond of, and would consider a much more convenient move to, Brooklyn. Khan says the old uptown-downtown schism has been replaced by a Manhattan-Brooklyn divide. And he's not happy about how things look on the homogenized west side of the East River:

"Downtown kids got higher rents and they're all in Williamsburg now and we kind of lost them. We lost a lot of artistic people, and those are the people who make things happen."

If the cool, creative types won't come to Khan, he's happy to go to them:

"I'm looking at a space out there. It's a really great location. I'd love to open a space in Williamsburg."

"The Brooklyn scene is great and young and hip. People are interested in actually fun things." 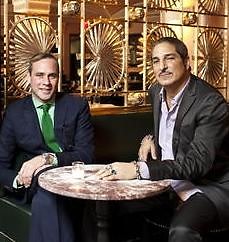 Huh, and that's just as other nightlife leaders suggested people might be getting a little tired of Kings County. Not to mention the fact that a growing number of places (Motorino, Crif Dog, Lorely, DBA etc.) have set up shop on both sides of the L Train axis of cool, threatening to make downtown and north Brooklyn as indistinguishable as points north and south of Manhattan's old, blurred 14th Street dividing line.

But back to the "actually fun things," neither Sevigny nor Khan are against people screwing in their joints' libidinous loos:

"We want people to get laid in the bathroom."