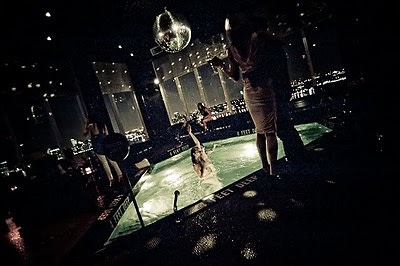 Last Saturday night I found myself navigating the cobbled streets of the Meatpacking District – an already difficult task in heels, made nearly impossible after a few vodka and cranberries – in hope of finding a tolerable place to consume a disgusting amount of liquor. Let’s be honest, Meatpacking can be somewhat of a zoo on the weekends (thanks, Jersey), so I wasn’t exactly hopeful.

After spending the majority of the night at surprisingly charming and airy Revel, where bartenders peculiarly tossed piles of black napkins into the crowd every few minutes, I decided to drag my friends to The Standard at three in the morning – perhaps in search of the real party.

Once on the famed 18th floor, we wandered our way into Le Bain – a bar so dark you quite literally cannot see the faces of those gyrating next to you. A smell of chlorine permeated the air, as did an inexplicable fog – two things that only began to make sense once I spotted the hot tub in the middle of the room. But after an initial moment of clarity, I was only more confused. 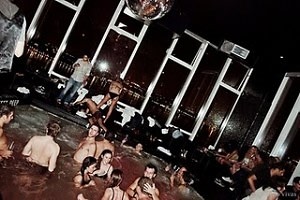 It was certainly a curious sight to behold: beyond the hot tub were floor to ceiling windows, offering an intoxicating view of the Hudson. Most people gravitated towards the tub, even if they weren’t brave enough – or on enough drugs – to hop in. Crowds lined the water, dancing and stealing not-so-subtle glances at the half-naked girls within it. Some bystanders unapologetically snapped pictures of the soaking strangers who were too busy wrapping their slippery limbs around one another to notice or care.

The vibe at Le Bain is a bit seedy but in an intriguing, my-mom-would-probably-have-a-heart-attack-if-she-saw-this kind of way. It’s the sort of place that might make you feel much cooler than you actually are, the sort of place that immediately makes you want to light up a cigarette while looking upon the gleaming city below, even if you quit two years ago. It’s clear that people come here to have an incredible time, and, really, nothing is sexier than that. 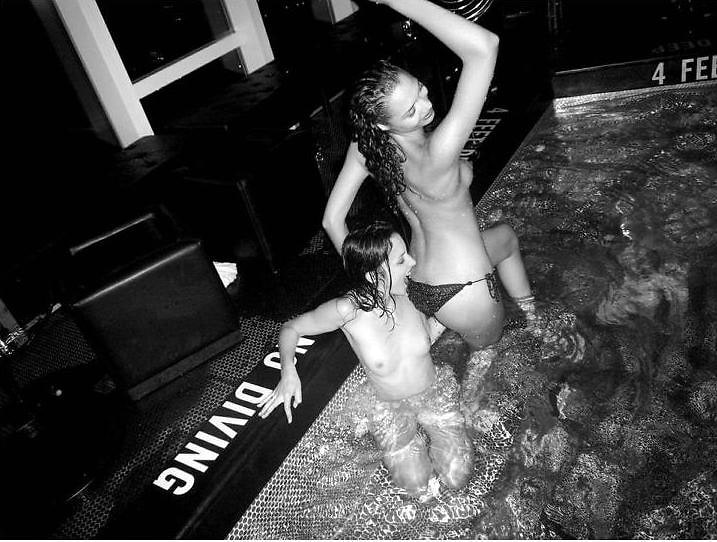 Do you have a nightlife story you'd like to share with us?  We're accepting reader submissions. Just email mara.siegler@guestofguest.com.