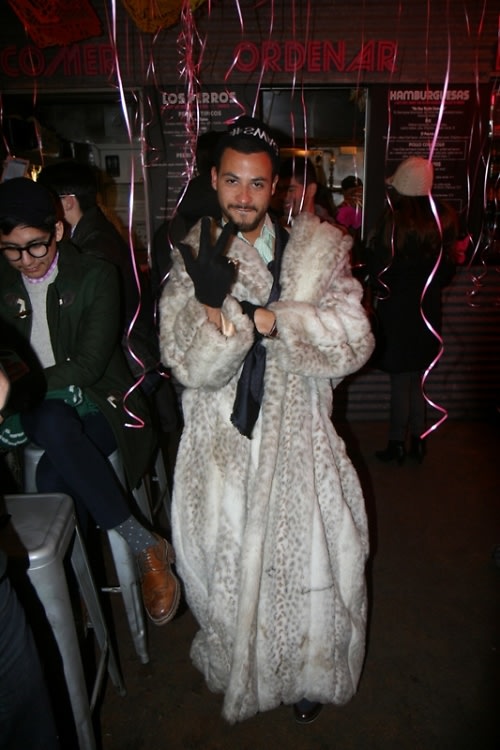 The first dressed-to-impress partygoer of the week was Kevin Bermudez sporting this insane coat, though given the weather, it wasn't too over the top. We saw him at Los Perros Locos, our favorite Colombian hot dog restaurant. We're not sure if Kevin was throwing us a gang sign or what but it was his Quinceañera so we let him do whatever he wanted. Owner/DJ Alex Mitow played an eclectic mix of house and indie music as guests dined on Colombian street food. Then out of nowhere appeared four lady mariachis: Flor de Toloache! They rocked the tiny restaurant playing all the hits! Also in attendance was Dora The Explorer—guess the pressure of being such a good role model was getting to her and she was slumming it to blow off steam. Apparently all of this excitement wasn't enough to pry NYU's most popular geek, Alec Foster, away from his gizmos. To each his own. [Kevin Bermudez] 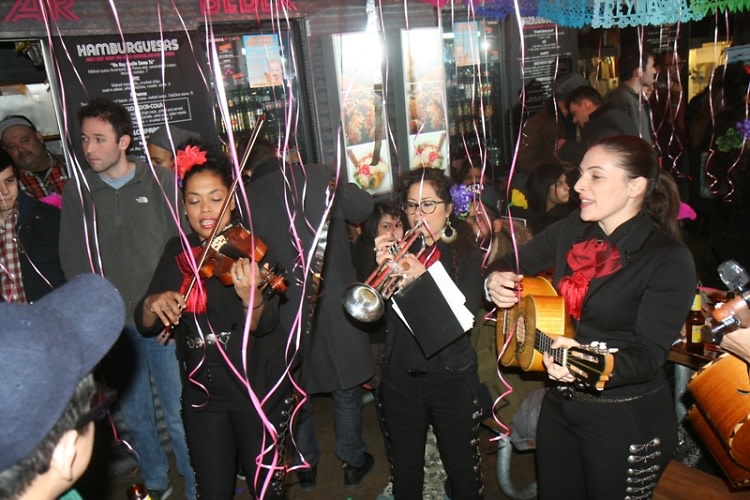