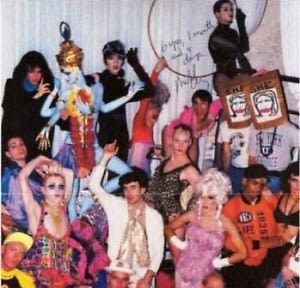 This weekend, The Times ran a piece about the so-called new club kids. The account seeks to hold in amber the current movers-and-shakers of New York nightlife and attributes the reemergence of these die-hards to the failing economy.  But the dangerous juxtaposition may not be as smooth as it first seems.

The comparison of this generation's nocturnal provocateurs with those of the 80s offers a must-see blueprint for people looking to be or understand scenesters. A bit of a historical glance back wouldn't hurt.

The flamboyant club kids, led by Michael Alig and James St. James, emerged  on the New York nightlife circuit In the wake of the 1987 stock market crash; amidst the economic gloom, this motley crew of drag queens and fashionistas--decked out in loud sartorial affairs and keen to observe a strict routine of coke, E, and Special K--brought a revived spirit to the scene. Out of the city's depression arose an energy--if drugged-out and set to a ketamine pulse--that provided the personas necessary to get people excited about nightlife in New York. Such were the makings of cinematic detritus collected in "Party Monster: The Shockumentary." 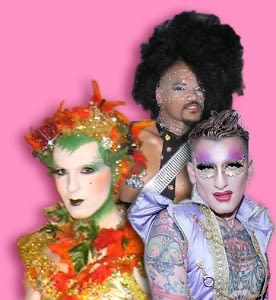 The Alex  Williams Times article this weekend attempts to draw a ballsy comparison by linking the economic climates and the club resurgence seen in late 80s/early 90s and now. The piece's lede, as such, poses a riposte to an omniscient, nay-saying antagonist:

"Whoever said New York night life is dead hasn't been out recently."

Perhaps New York nightlife, if not dead, had been stagnant for a while, and against the face of rising unemployment percentages and an aversion to the out-on-the-town instinct, the club scene is heating up. And it really couldn't have come any sooner. Take the city in the late 90s and early aughts, and you had the same clubs on 27th Street grown lame from over-visitation. How many times could you go to Bungalow 8, Pink Elephant, Avenue, 1Oak, or Marquee without being so over it? 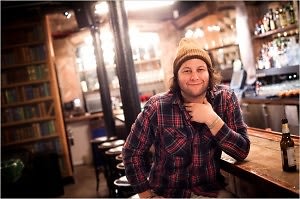 This is an exciting moment with the potential for a major shake-up on the NYC nightlife scene with stanchions extending into never-before-seen nether regions of the city's belly beyond a little something called the meatpacking district. With the closing of the Beatrice Inn and Matt Abramcyk's sleek Bunker that rose from those ashes, for example, the club-vibe fertility finds its rebirth in the type of astronomical growth present after a a financial scorch and burn. [Matt Abramcyk via NYTimes]

But with Williams's trumpet call that "despite the economic gloom, or maybe because of it, a crush of late-night parties, luscious lounges, and chest-thumping clubs, are opening across the city," he also leaves himself vulnerable to the umbrage of those who think the new class of kick-starters may not have the same funk.

Far different from the original club kids, the new club kids these days are hip--but less edgy--iterations of the former movement's leaders. They're part of the underbelly but somehow smoother, more polished. The article details the gigs, digs, and party lifestyles of the individuals chosen: "It Girl D.J." Mia Moretti, "Gay Diarists" Tom Jackson and Abi Benitez, "Alt Impresario" Matt Abramcyk, "Warehouse Provocateur" William Etundi, and "New Pornographers" Carlos Quirarte and Matt Kliegman. But these scenesters--cool beans as they may be--do not have the raw quality of the club kids, the wild party monster mindset  of it all. 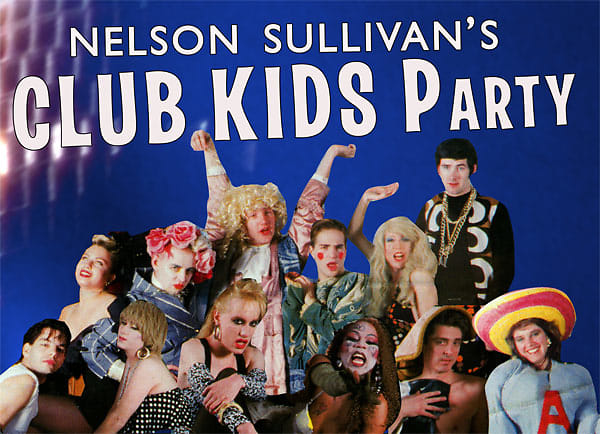 For a little  perspective and a litmus test, last night I spoke by telephone with Steve Lewis, the nightlife honcho-turned-designer who runs the BlackBook column "Goodnight Mr. Lewis." He provided some blunt historical insight to elucidate the Times article's premise.

"It's like comparing Muhammad Ali to Rocky Marciano and Mike Tyson,"

he said as he walked from the Bowery Poetry Club, where he had been playing bingo hosted by Murray Hill and notorious drag queen Linda Simpson, to meet New York nightlife mainstay Lyle Derek at Veselka. The operative implication of his statement needed no careful dissection: one group of club kids is classic authenticity and the other is a postured fighter. We used his comments to set aside some clear distinctions between both sets of club kids.

The Original Club Kids: The main distinction Lewis pointed to hinged on Michael Alig, the club kids co-founder, as a central figure within the organization. Lewis said the current generation of so-called club kids lacks a unifying voice. Of course  with Alig still in jail for his murder during a drug deal gone awry, Lewis said, "He went real bad. A party monster; he became a party monster. I always compare him to Darth Vader, falling to the dark side."

Though individuals like Mia Moretti may dominate a particular turf of the scene in her D.J. status, there is no common link bringing the whole crew together.

For a quick sounding board yesterday, I reached out to Moretti herself, who was in London currently and answered questions by email:

She said she did feel a brewing reemergence of nightlife in the wake of what she sees as "a hole that needs to be filled." The idea of nightlife's lengthening tentacles these days does seem legitimate and tangible.

"You get a new insurgence of places opening, creating a mini-Renaissance," she said. "I feel that's happening right now."

When I asked her, though, if she interacted with the other players listed in the article, she had this to write:

"Apparently one of us (not me) has their penis pierced."

I'm going to go ahead and take that as a no as to whether there's a unifying thread. Ouch!

Drugs and Drags vs. Fashion and Intelligence

"They were completely fueled by drugs," Lewis said. "Drugs were far more pervasive. It was, 'get as fucked as you can.' It got really bad-wild, destructive-wild by the end."

And you used to be able to check every nook and tranny.

"The scene is far happier now and intelligent," Lewis said. "Now it's a social fashion scene." Some of the folks even have day jobs, with Gayletter's Tom Jackson and Abi Benitez working as an ad copywriter and magazine art director, respectively. This new scene is less about madness and hypnotic entropy; the brow level has been lifted slightly higher, the goals pushed more about the analysis and business of nightlife. Richie Rich, old-school club kid extraordinaire, has even gone corporate mainstream with fashion and Heatherette, as we learned in a recent meandering conversation.

Lewis feels there isn't enough blending or integration through the new club kids.

In the old days, he said,

"The club kids were relevant to everybody. They mixed the straights with the gays, the blacks with the whites, the green with the blues. It was to take these disenfranchised people, bring them to the city, give them jobs, create a universe."

Naturally a sort of "trudging through the clubs uphill both ways" mindset informs Lewis recollections of the era, but there is something to be said for the talent bred during tough economic times that allows artists and noise makers and impresarios to go for broke.

"They were the bait or lure for the crowds," Lewis said of the club kids. "We would hire them, because straight crowds loved them. No party was complete without your fair share."

And they existed in droves.

"It's easy to look back, hindsight is 20/20. It's very hard to look back," Lewis said. "For every David LaChapelle who made it, for every Richie Rich, there was 50 who almost made it. They burnt out or faded into obscurity." 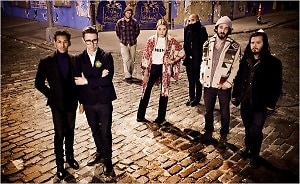 The new club kids are more about an insular culture.

"Comparing them is ridiculous," Lewis said. "There are so many phenomenal people coming to the scene.They are not expanding beyond themselves. They are homogeneous. They are a contained scene. They are not mixing with the other club cultures, the bottle service cultures, the Chelsea gay culture. You don't really see drag queens at places like Pacha. Part  of the scene it is not, and that's a shame if you don't have that cross pollination anymore." /New Club Kids image via NYTimes/

As night life finds a revival, the comparison of these new scenesters to the club kids serves as an encouraging sign of the future of New York nightlife. How outlandishly grand that this night life is brewing among us--albeit in a staid incarnation with steadier jumps and talents.