A while back we compared the Boom Boom Room to Studio 54, the now and then of what's hot in NYC. Both boasting indefatigable dream teams, a strictly A-list of usual suspects and a door policy decreeing the who's who of the moment; the similarities are obvious. Apparently, some people strenuously object.

Below is a note we received from a real Studio 54 employee, one of only two who lasted the entire 10 years, and remains "in the business" to this day. See his thoughts, below, weighing in not only on "the scene" but also on social change. NYC nightlife, the microcosm of global consciousness?

The "energy in the air" doesn't even come close; to me, I haven't seen anything that doesn't make me yawn in over 15 years in NYC. What I see is patrons just sitting around trying to look good and wondering what is ok and not ok to do in public. We put on a professional production each and every night with almost no regard to expense, and the core crowd were real celebrities of a much higher stature than what comes out today as you noted. Most of the celebrities that attend today, including Ms. Lohan, are paid to attend. We never did that.

There are so many factors that make it nearly impossible to achieve that energy you speak of, but three are most significant. In short, the City government is very intrusive; that core crowd and those that are truly "A" list do not go out as often nor "party" as hard as they did years ago because of the cost of living as compared to then and their concern of being seen doing certain things in a "PC" world; and their has been no major social change since then. When Studio opened the City had almost gone bankrupt, it was cheap to live in NYC, and it was illegal for Gays to even hold hands in the street!!!

Until there is some major social change, such as a cure for AIDS for instance, and the City gets off our backs allowing for true professional operators such as myself to return to NYC, there will never be anything like we did. There may be some good places to go, but not great. Interesting, but not riveting. Pretty, but not professional with attention to detail. Hip, but not really exclusive. 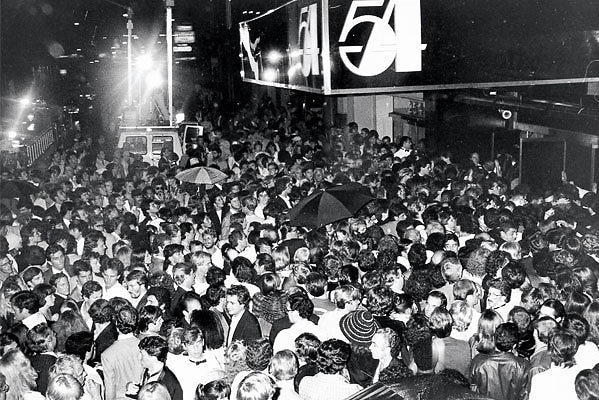