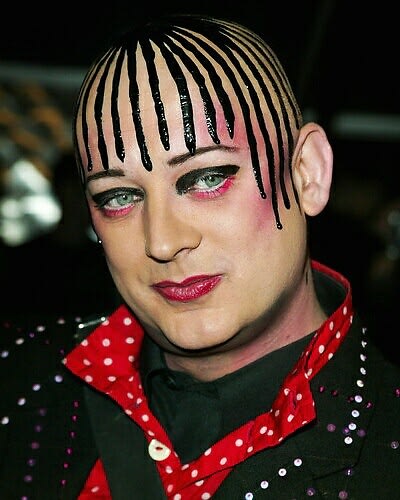 Boy George, frontman of the Culture Club and one of the fabulously androgynous Blitz Kids back in the 80s (a group spawned from the new romantic gender-bending movement in the London club scene, a predecessor of New York City's Club Kids) has gotten himself into trouble by chaining up a Norwegian boy in his London flat. Hmmm...we wonder what these two were up to? Come on Georgie, luring a boy to your flat under the pretense of a photo shoot is soo unoriginal. This is starting to sound a bit like a page out of Jeffrey Epstein's book.