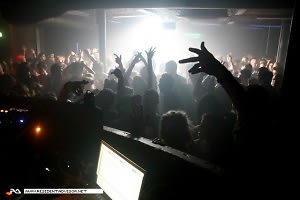 The best club in the world is coming to New York City. No, it's not Berghain. And unlike that esteemed venue's quarterly residency at the Bunker party in Brooklyn, Manchester club Sankeys will land a proper bricks and mortar outpost in midtown Manhattan. But will it work?

New York's clubbers sure hope so. But they have reasons to be skeptical.

For one thing, Sankeys will open on 50th Street in Hell's Kitchen (the plan is to launch in early 2011), just a flew blocks away from Pacha NYC. Despite global recognition of the Pacha name thanks to the legendary Ibiza original, local dance music fiends never warmed to the Manhattan branch, swarmed as it was with folks straight out of Jersey Shore central casting. Pacha NYC's music programming also let many down when it leaned heavily toward unfashionable trance and cheese house. 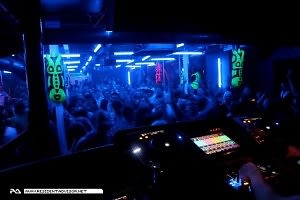 Sankeys biggest obstacle will be luring more discerning electronic dance music fans away from the roving underground scene based mostly in and around Brooklyn to workaday midtown, one of the least happening districts of Manhattan. For all the pride techno- and house- fans take in their democratic parties and lovey-dovey community, they've lately treated mainstream nightclubs with the same disdain Meatpacking types reserve for sweaty Bushwick warehouse hoedowns.

A quick glance at recent and upcoming events at the original Sankeys should put the EDM crowd's mind at ease, with Sandwell District, Marco Carola and Wolf + Lamb all dropping in. But owners are no doubt worried about the prospect of filling a massive venue (the Manchester location holds 1,150) with the sort of patrons who are weary of them. Here's to being convinced.