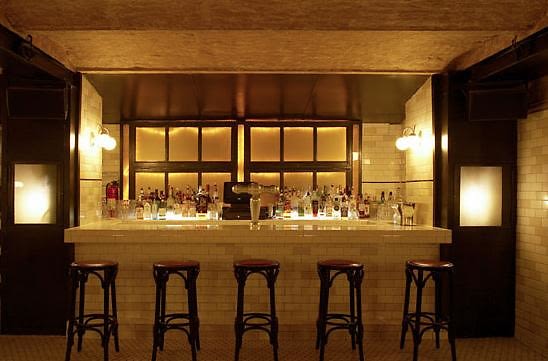 Chloe, in the original Greek ????, means "Blooming".  A fitting name for the LES's newest secret spot that Daniel Maurer just wrote about, calling her "The First Good Nightlife Thing In A While".  In his post on Grub Street, he anoints Chloe as the "New Beatrice Inn".  This sounds strikingly similar to the blurb I wrote about Chloe days before in our "New York Is Not Dead" piece in which we told you where the cool kids were:

Chloe. This little gem is flying under radar from most of the online world, though it’s creating a lot of buzz amongst the very hippest of our Guests.  It’s below the French restaurant Casanis at 81 Ludlow (@Broome).  Shecky’s deems it a “worthy substitute for the crowd displaced by the revamping of Bella’s at Bar Martignetti’s” but we hear it’s the Beatrice Inn regulars that have OD'd on Bea who are sprouting up at Chloe. Go now before it catches on and before you know it, she shows up.

I will, of course, let this pass.  We've all been anticipating the next Beatrice Inn for some time, knowing it had to sprout up around the Bowery vicinity. What I worry about is that now, with its official NY Mag review, will the place retain its coolness? We will obviously keep tabs.