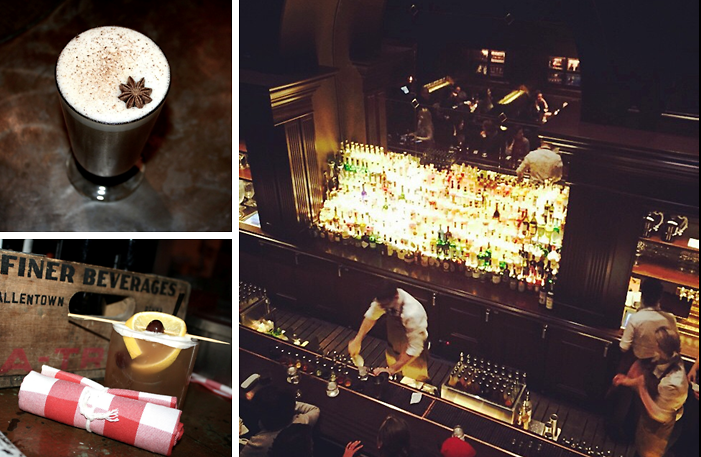 There’s something sexy about “raw egg” and “coupe” in the same sentence. While the concept tends to deter the squeamish, this old-world concoction is backed by some serious alchemy and fueled by a new-age revival. A good eggtail is generally made with a fresh, unpasteurized white given a good shake sans ice (also known as “the dry shake”) along with its sister ingredients, allowing the proteins to coagulate for a luscious froth. Ice is then incorporated to cool and slightly dilute the drink, which is strained and served (usually) straight up. Take a look at some of the city’s best takes on this silky-smooth sipper…we’ll spare you the egg puns.

Words and photos by Celine Bossart at Taste the Style.