So you're out for a happy hour drink with your besties, when a gentleman approaches your group at the bar. He seems charismatic: he's chatting playfully with your girls, poking fun at you, and he's got a really funny t-shirt on. This guy is good -- almost too good. So is he for real, or is he a Pick-Up Artist?

With an ever-growing list of instructional websites and online communities, workshops, lectures, books and other pick-up artist (PUA) technique guides, and a HUGE list of vocabulary terms, any run-of-the-mill AFC (that’s PUA slang for Average Frustrated Chump) can teach himself the basics of the trade. So, it’s important to know what you’re getting yourself into when you go out for the night. While PUAs use a wide range of tools and tricks to pique your interest, there are a few dead giveaways to look for and key terms to know.

In Pick-Up Artist terminology, this is called Peacocking: creating an elaborate visual display in order to attract the attention of the opposite sex. If  you’re not in Jersey, and he’s slouching under the weight of his bling, either he’s a PUA or you’ve picked the wrong bar.

He Puts You At Ease Almost Immediately

A well-trained PUA knows that the worst way to woo an HB (that’s a “Hot Babe” or “Honey Bunny” like you, my friend) is to make her uncomfortable. A good PUA won’t approach you head on or make too much eye contact right away; instead, he’ll swoop in at an angle, making sure to leave you lots of personal space—at first. He might also use body language to indicate that he doesn’t plan to stick around for long—anything to keep you from feeling threatened or intimidated. This trick forces you to show interest first. If you don’t, he’ll just peace out.

He Uses A Cold Open

A PUA will often have some sort of “Opener”—a one-liner, unusual question, or even an exceptionally confident “Hi, what’s your name?”—whereas a regular Joe is more likely to lead with something more typical or relevant, like a classic “Is this seat taken?” or some idle chit-chat about how crowded it is in here and by the way what do you do for a living. The language itself isn’t the best giveaway; it’s more about how the guy carries himself. Since most schools of Pick-Up Artist thought emphasize emulating the characteristics of a confident “alpha male,” watch for a level of confidence that seems disproportionate to his level of attractiveness. 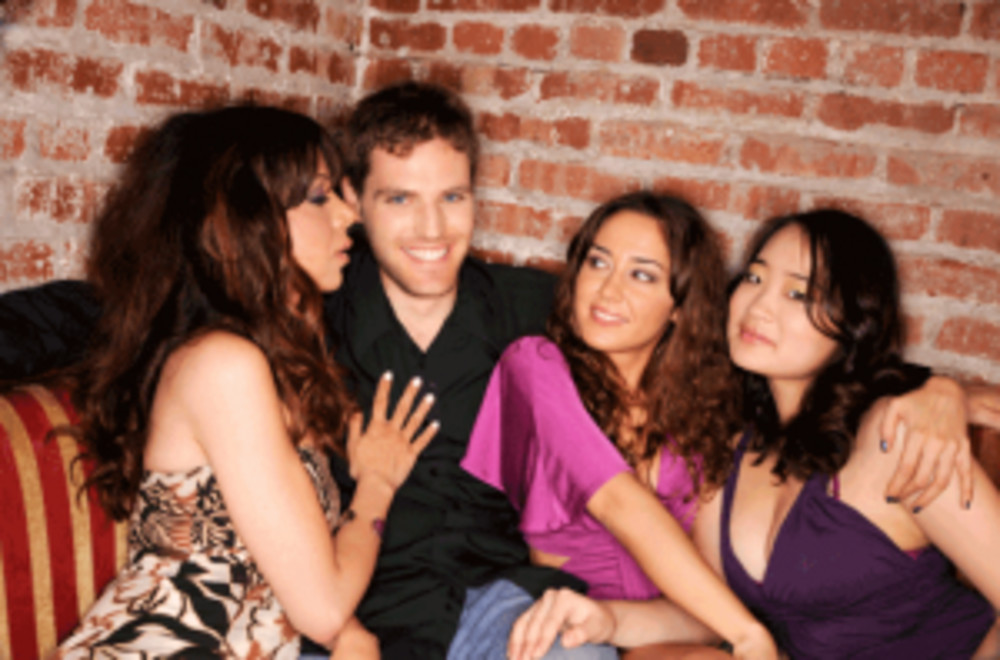 [via] He Talks To All Of Your Friends Many PUAs will attempt to win a “target” over by appearing to go after her friends, or the girls in what he calls a “set.” This makes him seem both safer, because he’s been welcomed into the social circle, and more of an appealing candidate, because he’s gotten everyone else’s attention. This works especially well if you’re an “HB9” or “HB10” (a mega-hottie). If you’re used to getting all the attention, and he talks to everyone but you, you’re likely to be all “hey now wait a minute there buddy, why aren’t you hitting on me?” If you’re standing there trying to figure out why this guy is so awesome that you’re not worth his time of day, the PUA has accomplished his goal.

He Picks On You

This is called “Negging,” and if he’s doing it right, it’s not actually supposed to make you feel bad. Negging is considered a DHV, or “demonstration of higher value.” The Pick-Up Artist uses this technique—typically some light teasing—to put you down just a tiny bit, so that you suddenly feel like you have to demonstrate your worth to him, instead of the other way around. For instance, if you’re super-high on the hot-chick scale and he’s poking fun at the single solitary split-end in your otherwise fabulous hair, that’s a good sign that he knows what he’s doing. A bad pick-up artist, on the other hand, will go overboard, and actually say something that hurts your feelings. Which doesn’t mean you won’t still spend the night with him...

He’s Touchy-Feely, But Not In An Overbearing Way

Again, it’s all about comfort. A good Pick-Up Artist will use “Kino” (a PUA term that comes from the Greek word for “touch”) to put you at ease. It’s not about groping you on the dance floor or putting his hand on your knee under the table; he’ll find more casual ways to touch you so that it doesn’t set off your creeper radar. For instance, he may initiate a playful game of thumb war, or provide some other logical reason to initiate (or better yet, encourage you to initiate) a brief moment of touch, that unknowingly causes you to feel more connected to him. If he knows what he’s doing, he’ll slowly, gradually amp up the touch all night, so you’re making out with him in the corner before you even know it.

[via] One Last Thing To Keep In Mind There are two types of pick-up artists—those who use their powers of seduction for good, and those who use it for evil. It’s important to remember that, even if he (or, occasionally, she) is in fact employing his well-honed pick-up techniques on you, he may not be a heartless Casanova with malicious intent. It could be the case that he’s a decent guy who’s genuinely interested in you, and who’s just trying to compensate for some degree of social awkwardness.