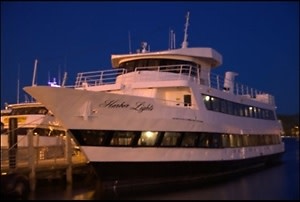 It seems as if Seanna Sharpe and Savage Skinner weren't the only ones whose party got crashed under the WIlliamsburg Bridge this week.  The Fiesta en Barco 3, was in full swing aboard party ship, The Harbor Lights. The abrupt end to the fiesta sponsored by 97.9 FM La Mega caused some party animals to transform into party monsters.

Maybe the guests should have known that their party was headed for some trouble after they had a three hour delay.  The boat scheduled to depart at 6 p.m. didn't leave until 9 p.m. leaving many passengers angry, and even angrier when they had to wait to be towed by the Coast Guard!  Immediately after a performance by bachata band, Xstasys the power went out and left guests in the darkness for over an hour, and with zero explanation of the circumstances.

The owner of the ship has yet to share the details of what went wrong with the Fiesta en Barco 3 event.  The failure to disclose information pertinent to the safety of passengers is an outrage, and makes you wonder if there's a law that requires that passengers know what dangers the situation at hand may present. 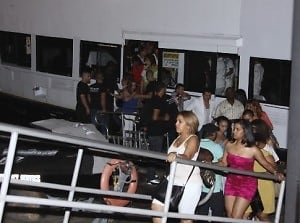 Guests scurried off deck as soon as the authorities pulled them to the dock at 1:30 a.m.  This was a seemingly disastrous ending to a party, but it leaves you thinking, things could have gotten worse.

The party boat offered guests a voucher for another trip with a different party boat.  Perhaps those on the Harbor Lights realize the potential of danger, or simply party failure aboard the boat or any other boat associated with it.  Some passengers have decided to abandon ship, vowing to never come back.