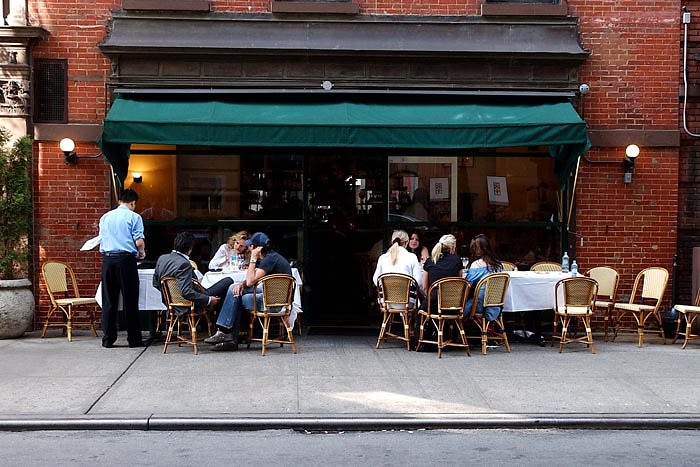 Philippe Delgrange's Le Bilboquet changed the restaurant game when it opened its doors back in the '90s. One part French bistro, one part trendy hotspot, the E. 63rd street establishment has done an exceptional job setting itself apart from many of the other UES restaurants that have come and gone in the past few years. With the help of nightlife aficionados, The Koch brothers and Aymeric Clemente, Le Bilboquet took the concept of typical NYC brunches a step further by introducing the Saturday brunch. The very Euro trend of nightlife-meets-daytime dining has since become a staple in some of the city's most popular spots. Now that the lease on the original Le Bilboquet location has run out, Delgrange has officially closed the doors of his intimate restaurant that had become such an UES fixture. Click through to remember our time spent at Le Bilboquet over the years.

Apart from the new NYC location set to open in early 2013, we also look forward to the two new Bilboquets, opening in Rio and Sao Paolo.