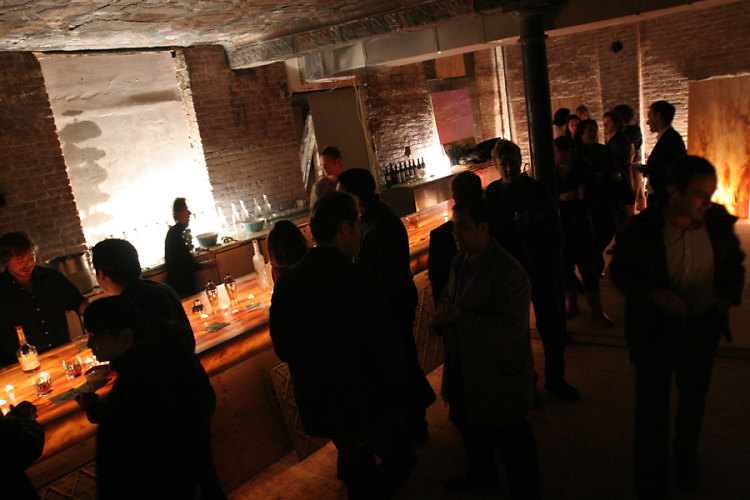 The Bowery may be the hottest street in the city, but is it too hot for its own good?  We have already gotten more than one email from very "in the know" New Yorkers that insist that the LES (Lower East Side), including the Bowery and her hip hotel and bars are OVER. As in DUNZO.  At least for the "cool kids" of the city that refuse to follow trends.

Oh, and don't even THINK about Chloe's becoming the new Beatrice Inn! The Horror!

My heart broke a little upon hearing this news.  Apotheke in Chinatown was the #1 spot of our well-researched "where the cool kids are" post, and I have yet to go see the Aussietrian Bartender Albert in action....now of course, having been labeled "the new hot spot" on NY Mag, UrbanDaddy, Eater, etc. etc. etc. I may never get my chance.  Another bummer, I practically just moved into the neighborhood (last May).  You're telling me I missed the chance to check out all of the nondescript bars in my hood before they became the places for the B&T set?!

Here's a question for you hipsters out there that are already "done" with the LES: if it's already over (because it has become too popular), what has happened to the "way over" Meatpacking district??

According to DBTH today, The Garden of Ono, which was arguably one of the most vile of all down there, is closing forever this Halloween to make room for an unnamed nightclub.  With all of the B&T in the LES and at bars like McFadden's does this mean the real hip NYers will be moving back into West 14th street?  (Personally, it will be hard to convince me to steer very far from my neighborhood). Or, are the naysayers correct in that there won't be any great new night spot on the island for at least a couple of years?

[Chloe Is The New Beatrice Inn] [New York Is NOT Dead! Where The Cool Kids Are]