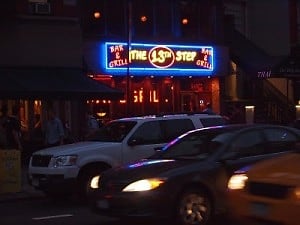 New York's illustrious state Senate recently passed a bill that would empower the State Liquor Authority to strip the license of any bar receiving six (work, not pleasure) visits from the cops in a two-month period. Weary Lower East Siders have no doubt put the police on speed dial. But even vocal nightlife opponents wonder if the bill would ease their pain.

Hand cramped Governor David Paterson has to sign off on the legislation before it goes into effect, but it's already made the famously sensitive ears of New Yorkers in bar-saturated 'hoods perk up.

“Right now it’s very, very difficult to distinguish between places that are and aren’t a problem. It’s even more difficult to do something about it.” 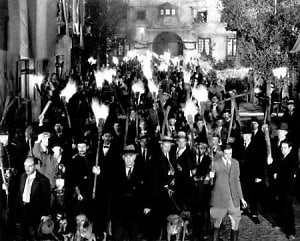 That may be true for existing trouble spots. But the LES's Community Board 3 has a pretty clear idea of which proposed nightspots are bad news: all of them. Still, CB3 district manager Susan Stetzer is, to no one's surprise, skeptical of the bill's potential efficacy:

“There are some bars [in the Lower East Side] that have constant problems, but I think it would be extremely unusual [to have six incidents in 60 days]. There are very few bars that would reach this level."

Stetzer also threw bar owners a bone by pointing out the obvious flaw in the system: bars being unfairly shuttered thanks to overzealous neighbors redialing the local precinct night after night. Per The Villager:

“'Singling out a place just on complaints would not be fair” [Stetzer] added, noting that the bill’s intent is that police must find a genuine problem or violation. Stetzer said some are wrongly claiming that the bill would cause bars to be closed down merely based on neighbors’ complaints.'"

Then again, maybe the problem with nightlife on the Lower East Side isn't the inability to close bad bars, but to keep good ones from opening. Remember that the SLA and CB3 were the folks behind the decision to nix an Italian restaurant from neighborhood mainstay Frank Prisinzano while rolling out the red, puke-stained carpet for The 13th Step and Billy Hurricanes.