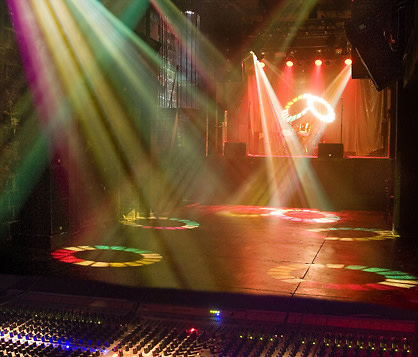 Oh Leo. Rush and Malloy are reporting that Leonardo DiCaprio is so "tight" with promoter Danny A that he took the time to actually get out of his seat to help put an end to an argument that the clubbie was having with a regular patron at "Upstairs". Apparently he just stood firm behind Danny's back, glaring down at the other guy until he shut his mouth. While most will walk away from this report questioning Leo's new choice in friends, we are left wondering...."People are still going to Upstairs?!"

Next up: helping folks unwind...From our Inbox:

"I've been working in NY nightlife for four years, and I have never... ever... dimed anyone out to a publication or blog. However, I can't stand Cordell of The Box. In fact, I loathe him. "

Some highlights of the email regarding Cordell:

"First of all, boyfriend has a drug problem that makes it impossible for him to keep it hard without another little drug by way of assistance."

"...I had to have dinner with Cordell the other night who again claimed he designed The Box. That guy has NO fucking taste. No way he could design a greeting card much less a fucking bar. He takes credit for it in print too, like in the NY Times."

"Lastly, he's also has been known to kick high rollers and celebs out of their VIP seats at The Box for his loser friends. Maybe that's why New York celebs have been avoiding the place like the plague???"

"Christ. Thanks. I feel so much better."

No problem anonymous tipster...We don't know Cordell personally and so we can't speak to these claims one way or the other, but we have been having our own issues with the place lately...Friday night it was such a shit show that even Channing Tatum exited early with us.

Lastly, what is going on with the club/lounge/disco/indie spot Rebel on 30th street? We had never heard of this spot until we got invited to a Disco themed birthday party there this last Saturday. Apparently it is owned by Steven Ballinger of Webster Hall fame and opened on Labor Day weekend. The place is huge, with 5 different open areas all named on their webpage. We went to the party in the conveniently titled "Disco Room" on the 2nd level. Fun times, until we went through "the Mezzanine", past the "Liquid Lounge", down the stairs to "the Gallery" (we were starting to feel like Dora the Explorer), and realized we were literally the only people there. There were dj's and a full staff of guys ready for clean up service, but no people. It was Saturday night at 1 am. It was really odd. Where were all the guidos and guidettes? We exited out through the "Perfomance Hall", left to ponder the existence of such a place. Maybe it has something to do with the events calendar? (we haven't heard of a single one of these bands, are we missing something?)

Will the nightlife here start making more sense this fall, or will we continue to be surprised by it's many absurdities?