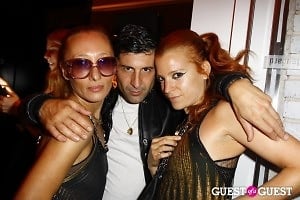 The nightlife world has been waiting with anticipation for Andre Saraiva's New York outpost of Le Baron to open in Chinatown since last February. It's been pushed back again and again with the graffiti artist and nightclub impresario taking on a number of fashion, art, and film projects, but a date has finally been set, reports ArtInfo! It's set to open in September.

Back in February, Andre told us the reason for the delay was:

Because America gets really complicated to have all the permits and licenses. I made Beatrice, and they closed me because I didn’t make it all super legal. I just made it a place that I like. I had so much problem with the community board and everything, so this time I decided to do a place where everything is perfect and nobody can come and say “Oh, that’s illegal.” I want to do it the right way.

As far as what it will look like inside, the original theme was:

"Like a 1930’s Shanghai club that has always been there but people would forget about it. And they would just come and open it. It hasn’t changed since the 30s or 20s."

But the nightlife landscape has changed a lot in the past few months.  Madame Wong's, Mr. H, and a new speakeasy set to open in the back of Rhong Tiam, may make this theme seem played out to fickle New Yorkers.

We have been told the door policy will not be tough, "Not strict like other New York clubs." But there are things that can ensure you will or will not get in:

One thing: if you work in TV, fuck you. If you like bottles and models, fuck you. Tulga is going to be the guy doing the door and it’s going to be more…poets. I want poets to come. If you are a poet, you can come. 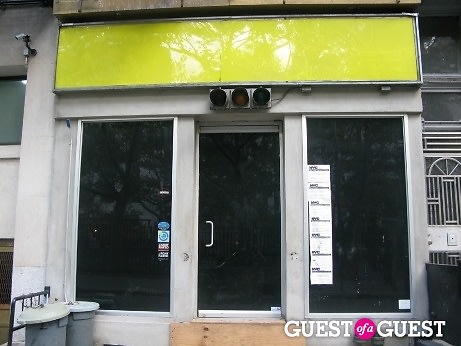 In addition to opening Le Baron in NYC, Andre runs pop-ups all over the world, recently released a CD with Kitsune, sunglasses with Illesteva, and took on the position as creative director of L’Officiel Hommes. He has also teamed with Levis to create a jacket for the Museum of Contemporary Art in Los Angeles' "Art in the Streets" exhibit. And of course there is his new short film, The Shoe. When asked how he does it, he said:

It will be interesting to see if Le Baron ever actually opens and if the original plan will have changed. Go here to read his interview with ArtInfo on his new film The Shoe.