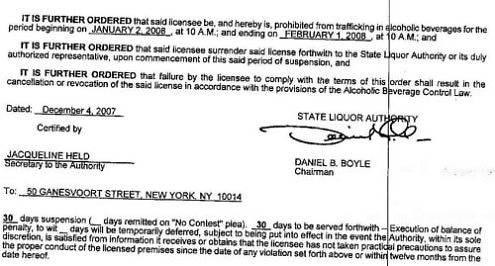 Funny little thing that dropped in our inbox tonight. Looks like PM is going to be having a rough new year. This Tuesday, the club-that-tries-to-be-a-lounge found out that their license was officially getting suspended, starting January 2, 2008 and lasting 30 days. That's right, they are officially loosing their licese for...get this...over a dozen violations dating all the way back from September of 2003 (when they first opened). The most recent one happened in April of 2004! The violations range from permitting underage drinking to violating license laws to not conforming with all applicable building codes and/or fire, health, safety and governmental regulations, to excessive noise. For the entire list click on this:

Looks like someone is learning the hard way about dealing with consequences. We hate to say "we told you so" but it probably wasn't a good idea to host some of the more famous of underage celebs when you opened. It is also a look into the speed of our legal system, It took FIVE proceedings and almost four years to get this settled. While PM has held a couple fun memories for us, we wouldn't mind if this marked the end of its run. The only hip thing about that "lounge-though-everyone-knows-it's-a-club" is the owners' names (Unik, Kyky, and Dimitri). So, is this going to be the end of PM? Or will another team step forward that will take the space and spend millions on renovations in hopes of helping to "change the face of night life in the city"? 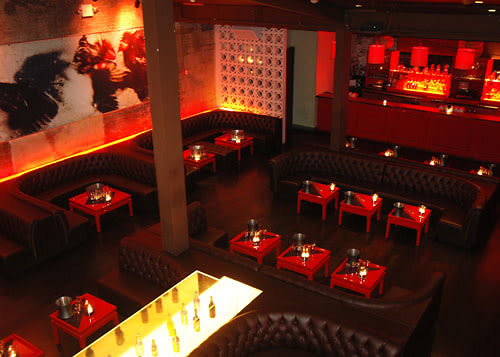