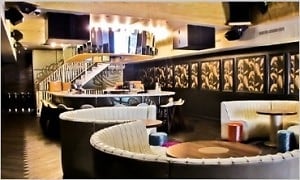 The NYPD raid WiP after the Drake & Chris Brown brawl, No. 8 goes before the community board again, Georgica's Antonio Fuccio wants to take over Juliet Supperclub, Leonardo Di Caprio closed off Stash to watch the Heat vs. Thunder game last night, and so much more in today's Nightlife News Round Up!

1. WiP and Greenhouse police raid leads to the arrest of manager Jonathan Cantor. After the brawl between Drake and Chris Brown on Wednesday night at the Tribeca club WiP, the NYPD decided to raid the venue after receiving multiple noise complaints from the neighboring club Greenhouse. The raid led to the arrest of Greenhouse manager Jonathan Cantor and one unconfirmed manager of WiP. [NYPost]

2. Bungalow 8, err we mean "No. 8", goes before the community board yet again. Community Board 4 wants to meet with LDV Hospitality and Amy Sacco again due to the fact that they now realize that the venue, which was pitched as a "gastropub" in order to obtain its license, is now operating as a night club. [DNAInfo]

Frank Holozubiec of the community board stated:

"The seating is not conducive, really, to any kind of eating. It's circular booths with low tables." 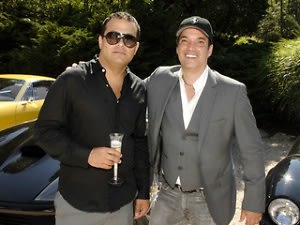 3. Antonio Fuccio wants to take over Juliet Supperclub. Fuccio is the owner of the popular East Hampton Georgica restaurant. Juliet was shut down early last year due to two murders that occurred. When appealing to the Community Board 4's Business Licenses and Permits Committee for the liquor license, they urged him to give up on the space; however, he assured them that this space will focus on hosting celebrity parties and corporate events. [DNAInfo]

4. Leonardo Di Caprio had the New York boite Stash closed off for him. In order to get a proper viewing of the Miami Heat vs. Oklahoma City Thunder game last night, this actor closed out the club below SNAP! Sports Bar to have his own private viewing of the NBA finals game. [NYNightlife] 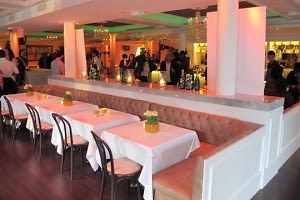 5. Bagatelle opened to the public on Monday in the Meatpacking District at One Little W 12. Having replaced The Collective and One, which were previously open in the space, Bagatalle is bringing Champagne brunches and private events. [Zagat]

6. Despite the poor reviews on NYC's new restaurant Hakkasan, the London-based restaurant will expand by opening in Sin City in the MGM Grand Hotel. They are also moving forward with locations in Miami, San Francisco and Los Angeles regardless of the negative feedback in the Big Apple. Maybe they're more forgiving in Vegas? [Zagat]

7. The West Village is getting the best of every world with the opening of The Goodwin later this week. This new hot spot is a little bit of a wine bar/gastropub/ New American tavern and we can't wait to try it. There will be a back room called "The Grange," a sake program, a bar program and multiple menus of small plates and bite size food. [Eater]

8. You're in luck, Wall Street, the Andaz Wall Street Biergarten is now open Monday through Saturday from 2:30 to 9:00p.m. The bankers are in luck with this perfect summer treat filled with German beers and plenty of fancy food. [NYMag]

9.Avatar themed nightclub opens up in Rivonia, South Africa. Owner Mike Basson created a new Avatar based nightclub called "Avastar" which serves Avatar themed cocktails and features Avatar art work inside of the night club. The lighting also resembles that of the forest sequences in the film. If seeing Avatar in IMAX wasn't enough for you, check out this video to see Avastar for yourself. [It'sNiceThat]

10. Hahn Beer knows the importance of a good pour - and they’re on their way to making sure we don’t lose a single drop of the good stuff. In the company’s latest commercial, it addressed the age-old problem of spilled beer, developing a model to prevent such mishaps.