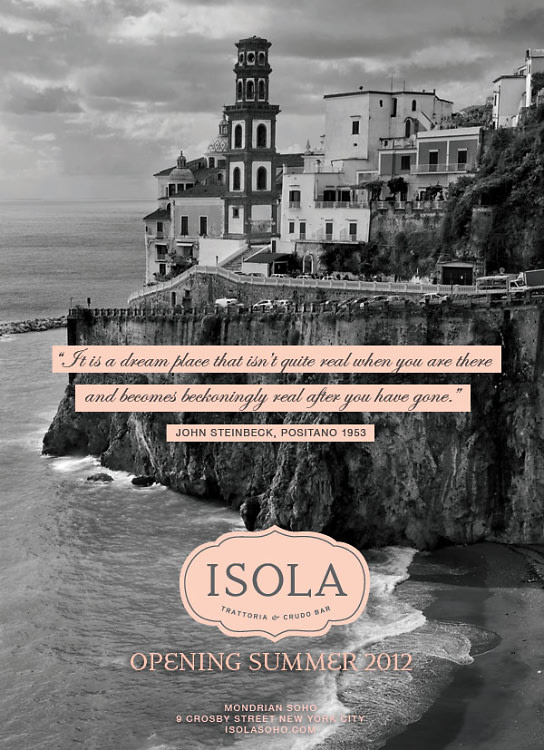 Isola, a trattoria and crudo bar will open this summer at the Mondrian Soho, the Gansevoort Hotel summer pool party scene appears to have calmed down, Lady Gaga dines at her father's restaurant, two friends test out the dress codes of certain bars and more in today's nightlife news roundup!

1. Isola, a trattoria and crudo bar, will be opening this summer at the Mondrian Soho. Using the John Steinbeck quote "It is a dream place that isn't quite real when you are there and becomes beckoningly real after you have gone," this new SoHo location is sure to keep you coming back. For more information about an exact opening date, check their website HERE.

2. After complaints towards the Gansevoort Hotel regarding rowdy parties and overcrowding pool areas, the hotel's weekly pool party seems to have calmed down. The Sunday party hosted by Maxim Magazine and General Snus was very closely monitored. Security guards, and hotel management were posted at all elevators and staircases to enforce the capacity limit at the pool and adjoining lounge. [NYPost] 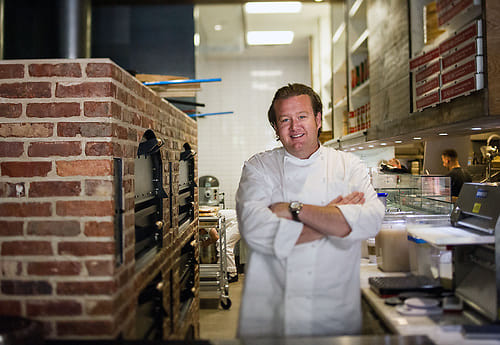 3. Michael White and Ahmass Fakahany have signed the lease on the space which was formerly Centolire. The Upper East Side location will be a high end sister establishment to Osetria Morini, a restaurant called Ristorante Morini. The new location will feature a casual cafe downstairs, as well as formal dining upstairs. White and Fakahany plan to expand the Morini brand further and hope to open a third version of the restaurant. [NYEater]

4. The Ritz-Carlton New York is hoping to open its new restaurant by the end of September. The space, which was previously occupied by BLT Market, is a part of the Ritz's plan to move away from the celebrity chef world and more towards making their own internal brand. The restaurants name has yet to be released, however it will be led by executive chef Mark Arnao. [CrainsNewYork] 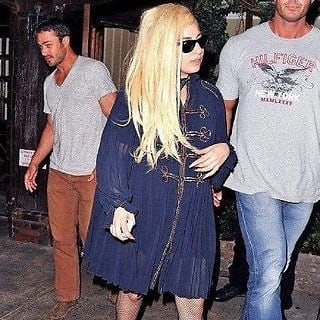 5. Lady Gaga was seen dining at her dad's restaurant Joanne's. The superstar took a break from working on her fourth studio album to dine at the Manhattan restaurant, which is named after her late aunt. The singer was joined by her close friend Taylor Kinney. [ThatGrapeJuice]

6. El Toro Blanco is a Mexican restaurant that is set to open in Greenwich Village this September. The restaurant is being opened by John McDonald, owner of Lure Fishbar and Burger & Barrel, as well as Josh Pickard, who has parterships with Andrew Carmellini. The restaurant will feature a pan-Mexican menu with a guacamole bar and a number of grilled items, including steak and fish. [NYTimes] 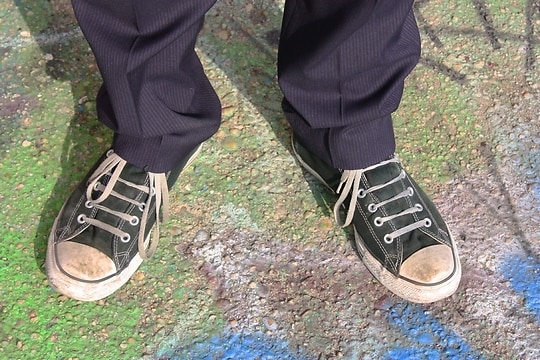 7. In NYC many bars and restaurants have dress codes, but how often are these dress codes enforced? Two friends (one male, one female) set out in old teeshirts, and dirty converse to determine when the rules are enforcedt. The 21 Club insisted on a jacket, but didn't seem to care about the dingy duds. Bull and Bear said nothing to the pair about their ensembles, while King Cole Bar tole them that they were less strict with the dress code due to the recession. [Zagat]

8. Restaurateur Taavo Somer's new company Friends and Family have their first project- an Olympics opening ceremony party. The party, which will take place at the Eventi Hotel on Friday, July 27, will feature food, arcade games, beer Olympics, a neighborhood-wide scavenger hunt, and so much more. Check out the trailer for the event below. [NYEater]