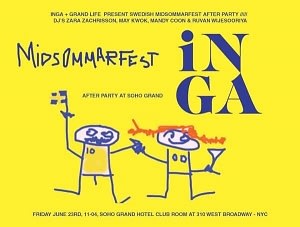 The wildly popular Inga party at 141 Chrystie St. has relocated, The Nomad rooftop closes to host NY Times' staff member, Pete Wells Tao Group takes over the Upper East Side, Sebastian Ingrosso plays a set at Provocateur and much, much more in today's Nightlife News Roundup!

1. The wildly popular Inga party at 141 Chrystie St. has relocated. Travis Bass of the Red Egg and Madame Wong crew created a party in the former Mystique space which revamped the formerly not so popular Lower East Side spot. The last party at this location was this Wednesday but you can catch the Inga crew tonight at the Soho Grand Club Room. [TasteYourParty]

Confirmed: Last night was the last INGA party at 141 Chrystie. They'll have new parties for summer in Manhattan/Hamptons.

2. The Nomad rooftop closes to host NY Times' staff member Pete Wells. The main reviewer for the New York Time's Food/Wine section was the reason this very popular rooftop was closed on Tuesday. Dubbed the biggest restaurant opening of 2012 by some, this new chic Gramercy restaurant/lounge features an American inspired menu and bottle service in the downstairs which comes with your own personal mixologist. But whatever The Nomad did for Pete Wells on Tuesday must have worked because the restaurant was just awarded 3 stars by the NY Times. Yes, this now means that Masa and The Nomad are now on par with one another. [Eater] 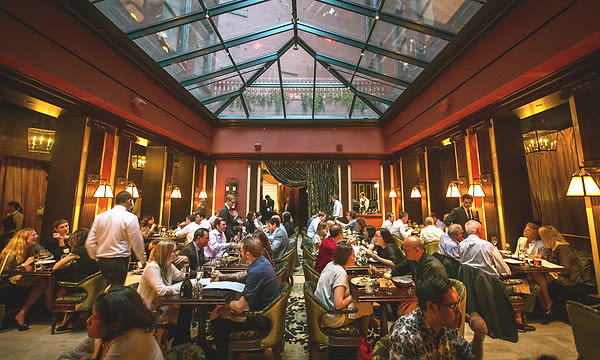 3. Tao Group takes over the Upper East Side. Tao Group teams up with BLT's Laurent Tourondel to open a new mega restaurant called Arlington Club. Since basically everything Tao Group touches turns to gold (i.e Tao, Stanton Social and Lavo) the company has decided to team up with the famous BLT chef Laurent Tourondel to open up this Upper East Side restaurant. Arlington Club will be a steak house that will also feature a sushi bar. The wine menu is also said to be quite large as there will be about 20 wine refrigerators for the restaurant. [Eater] 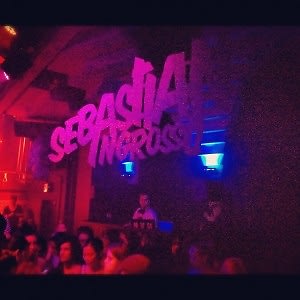 5.Pink Elephant began its weekly Monday Cabaret Party last week. The first guest to appear was Matt Doyle of the hit Broadway show Spring Awakening. Guests enjoyed the performance by Doyle in which he sang his original song What You Stole for the full house at Pink Elephant. [WomanAroundTown]

6. The 40/40 Club at the Barclay's Center scraps bottle service from its plans. Jay-Z's mega-club/lounge opening up in the new Barclay's Center in Brooklyn, NY intended on having bottle service available for viewers of the Nets games to purchase when they visited the new outpost. However, the community boards were strongly opposed to letting the 1,800 person club allow heavy late night drinking in a mostly residential area. Despite no hard alcohol bottles being sold within the clubs, patrons can purchase wine and champagne bottles in the 40/40 club's restaurant area. Yes Jay, this means you can have your Ace of Spades while watching your team play ball. [Patch]