A Williamsburg nightclub gets the ax; Mission Chinese Food opens tomorrow on Orchard Street; not surprisingly, new studies reveal that New Yorkers like to drink a lot; Bantam will soon open a huge outdoor space, and more in today's Nightlife News Round Up! 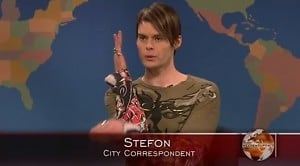 1. Though Alexander Dimitrov purchased a warehouse in Williamsburg with the intention of turning it into a nightclub, he's had trouble acquiring a liquor license. Since it seems unlikely that the opening of the tentatively named "Williamsburg Manor" will go through, Dimitrov is exploring other options such as turning the space into a teenage nightclub, or a day-care center. [BrooklynPaper]

2. Need help navigating the clubs of NYC this summer? Stefon (played by SNL's Bill Hader) can help. On Saturday night's episode, Stefon gave a ton of helpful pointers to help get the best out of your summer clubbing. [Eater] 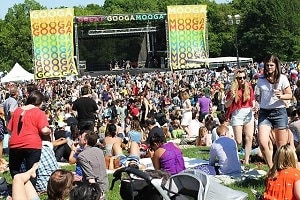 3. If you missed GoogaMooga this weekend (or if you just want to relive all the deliciousness), Grub Street put up this drool-worthy slide show highlighting the weekend's best bets. [GrubStreet]

5. New Yorkers seriously like to drink, but is it becoming a problem? According to new statistics, the number of alcohol-related hospitalizations has been on the rise since 2000, and shows no signs of slowing down. Another study showed that over 40% of New Yorkers admit to occasional binge drinking. [HuffPost]

7. Forcella Eatery on Bowery is only a few months old, but chef Giulio Adriani is already opening another outpost of the hotspot. The newest Forcella Eatery will open at 377 Park Avenue South, making it the fourth Forcella Eatery to open recently. Other than the location on the Bowery, the restaurant also has locations at 168 Ludlow and in Brooklyn at 485 Lorimer. [CommercialObserver] 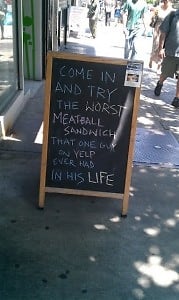 8. Every restaurant has some negative reviews on Yelp, but one meatball place proved that they really know how to take criticism in stride. Instead of commenting back on Yelp or apologizing on an angry reviewer, the restaurant posted this message on their outdoor chalkboard: "Come in and try the worst meatball sandwich that one guy on Yelp ever had in his life." If that doesn't have the place packed, I don't know what will. [HappyPlace]

9. The newly opened Bantam just announced the addition of a 1,000 square foot outdoor patio. The outdoor space will open on May 31st, and will be open from Tuesday through Saturday from 6pm-4am.

10. It's not even Memorial Day but we've already heard the worst news of the summer: NYC taxi fares may increase anywhere from 16%-20%, which basically means that we'll be spending a lot more time underground.

11. The terrace of PH-D Rooftop Lounge is already open for the season, and later this week you'll be able to see a video of the opening as well as the scene at PH-D on the Dream Downtown/Tao Strategic Group channels. Check out the cool video later this week!