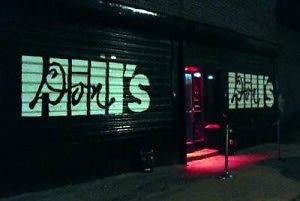 Nur Khan and Paul Sevigny have taken over grungy SoHo rock bar Don Hill's as it enters its third decade. The pair insists it has no plans to class the place up. If Khan and Sevigny stick to their word, will their hoity toity fans remain loyal?-

There are reasons to believe Khan and Sevigny will maintain Don Hill's seedy vibe. Don Hill remains on as a consultant. And Khan told the Wall Street Journal that the club is "not chic," and meant it as a compliment. A few overdue improvements are needed, but should be limited to things like new bathrooms. And in a place like Don Hills, more bathrooms only lead to more trouble.

It's tough to imagine die hard fans of Khan's swank, gilded Rose Bar being comfortable in Don Hill's as it stands today, although Sevigny and Beatrice Inn aficionados will have less trouble.

But Don Hill's history proves there was a time not too long ago when the beautiful people actually wanted to hang out in dumps, and outcast types embraced them. Could Khan and Sevigny's latest actually revive the vibrant downtown of old, where high and low came together to make for some great-looking grime?

Khan and Sevigny only have to reference the defining parties of Don Hill's first two decades, SqueezeBox! and, to a lesser extent, Misshapes, for inspiration: 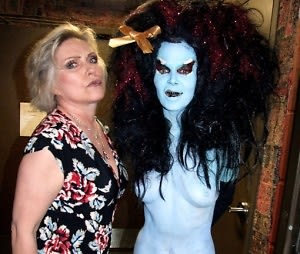 Legacy: Cameron Mitchell debuted songs from Hedwig and the Angry Inch on the Squeezebox! stage.  Formika used the party as a platform to rail against nightlife enemy #1 Rudy Giuliani. One protest involved a portrait of the former mayor and an enema. 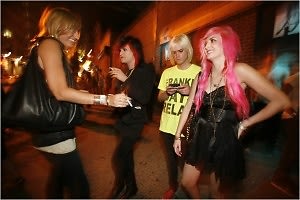 Legacy: Status as the last vaguely eccentric downtown party before the scene was 100% sanitized. Also, a Misshapes-approved knapsack.