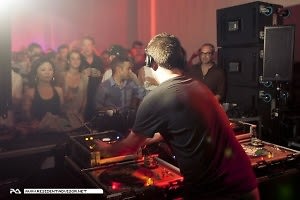 Could this be the year actual nightclubs make a comeback in New York City? District 36 opens next month and, along with Sankeys, looks to build on the city's thriving, roving underground dance party scene with permanent, bricks and mortar homes. BlkMarket Membership will move in.

District 36 comes courtesy of Damien Distasio, who owns Twilo Miami. New York's much-missed Twilo is cited as an inspiration, along with London's Fabric and, naturally, Berlin's Berghain. The mid-sized room will be on 36th Street between 5th and 6th Avenues. That's the Garment (or technically Millinery) District, which we totally tipped as the next "it" neighborhood back in February.

As reported by Resident Advisor, BlkMarket bosses Taimur and Fahad will alternate DJ duties every other Friday of the month, providing audiences with underground house and techno. 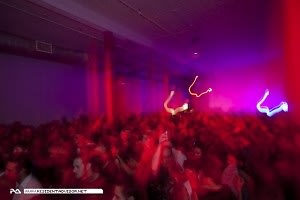 There is some friction. BlkMarket nights will conflict with Bunker, the prime techno party that lands at Williamsburg's Public Assembly on first Fridays. And Saturdays at District 36 will take on a more commercial  vibe, with Victor Calderone running the show, because, as Taimur tells RA, "that stuff is popular in New York."

But will the people who gravitate toward BlkMarket's famously "secret locations" (like the one in these photos) warm to the idea of a legitimate club club? In midtown? That will presumably have to shut down at 4am, when the typical BlkMarket party is just warming up?

Taimur is confident it will work. Especially since it will spare Manhattanites weary of their borough's anemic nightlife scene a schlep to Brooklyn:

"The new club is in Manhattan, and there are a lot of people in Manhattan who don't come to Brooklyn just because it’s Brooklyn. It's weird, I know… It's New York...I just think they don’t want to trek out to Brooklyn. It'll be nice to see them, because I'm hearing some of the stuff that people are saying, 'it’s amazing, there is actually a club we can go to in Manhattan and it's so close to where I live, rather than trekking out to Brooklyn."

Taimur, who lives in Brooklyn, might be on to something. While a cool midtown party destination seems like a stretch these days, the history of legendary clubs in the neighborhood--Studio 54, the original Danceteria (see fun video below) and Red Zone--suggest the workaday district is ready for a renaissance.