The Chelsea Hotel may have been sold, the South Street Seaport Water Taxi Beach is being turned into a beer hall, Sting and Trudie Styler "Walk This Way" at Bunker, the newest hit drug to be sold on the streets is nicotine and more.  Today's nightlife round-up is smoking. 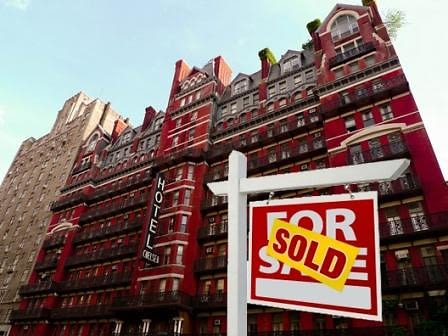 Could the legendary landmark have been sold? The Hotel Chelsea blog Living With Legends writes that the hotel's general manager "has told multiple tenants that Tristar Capital, headed by former cab driver David Edelstein, has bought the Chelsea, reportedly for significantly less than Madoff-victim Marlene Krauss’s asking price." The asking price was around $90 million.

This could mean bad news. Edelstein may make part of the building into condos, turning tenants out, raising prices, and turning what was a place for bohemian sanctity, commercial. 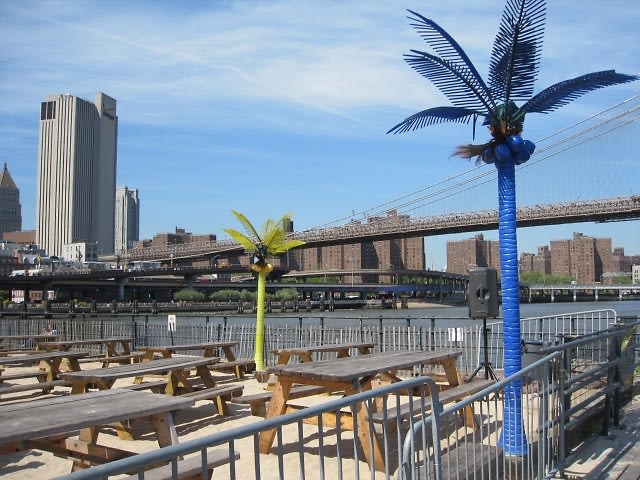 Wishful urban beach dwellers will have no sandy fabrications to spend their time imagining themselves off this isle come summertime. Yesterday came the bombshell that Long Island City's Water Taxi Beach is in danger of not opening, and today comes the death knell for the South Street Seaport location! Instead of techno music and neon inflatable palm trees,  the space will be used for an upscale beer hall.

Telly Hatzigeorgiou, who owns Slate will own the place and plans to have 50 communal tables, outdoor Ping-Pong, foosball and billiards. He will also bring in 25 real pear tree. "This is a huge improvement," Hatzigeorgiou said as he presented his plans to Community Board 1 Monday night. "It's one of the best views in the city. It just needs landscaping to make it appealing to a more mature crowd."

Cold this be an improvement? Sounds nice and Water Taxi was closed most of last summer when they couldn't pay their staff. Out with the old and in with the bratwurst. Pending final approval, allowing he agrees to shut the music off at midnight on weekdays and 1 a.m. on weekends, Pier Garten plans to open in early May. 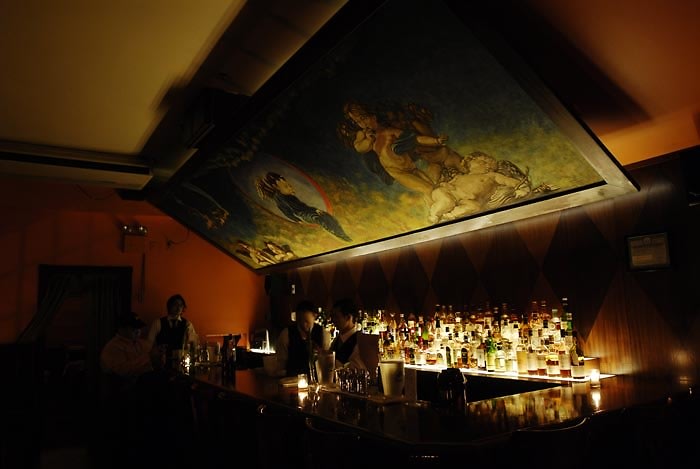 Singer Jesse Malin, who is also the owner of Niagra and Bowery Electric, reveals some of his favorite places in the EV. Among them: Angel's Share, Cafe Mogador, and Angelica's Kitchen.

4. Sting & Trudie Styler Tear It Up At Bunker [Gatecrasher]

Tantric master Sting busted a move on the dance floor to "Play That Funky Music," "Another One Bites the Dust" and "Walk This Way," with his wife Trudie Styler early Sunday morning at Bunker.  The source says they rolled "with a crew around 10 deep." Bad ass.

5. A Video Clip Right Out Of The How To Be Bridge And Tunnel Infomercial [BoweryBoogie]

6. "Loosies" Are Making A Comeback[NYT] 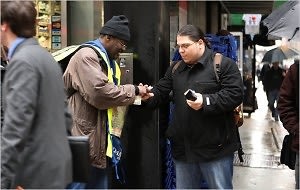 According to the  New York Times:

"Itinerant cigarette vendors have long been a fixture in some parts of the city, like bodegas that sell individual cigarettes in violation of state law. But with cigarette prices up and the number of smoke-friendly places down, the black market for loosies is now thriving on the streets."

Lonnie Warner, aka Lonnie Loosie, get the goods from Virginia, where smokes are much cheaper and then resells them for 75 cents each, two for $1 or $8 for a pack (they're normally $12.50 so please, smoker here, email me Lonnie!). He and each of his two partners take home $120 to $150 a day and move about 2,000 cigarettes, mostly two at a time. Each transaction is a misdemeanor offense.  He's been arrested 15 times.

I gotta say this is frightening that it has come to this-prices so high people are taking to buying them off the street, but it's also pretty great. Whether you are a smoker or not, this guy could be considered a hero for fighting back against a nanny city that won't even stand for people lighting up a perfectly legal substance outside on a park bench.