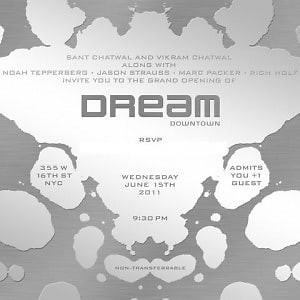 You will have to get past Alex Julian to get into the newest hot club (with big wig names involved like Sant Chatwal, Vikram Chatwal, Noah Tepperberg, Jason Strauss, Marc Packer, and Rich Wolf behind it), The Dream Downtown. It's preview party brought out names like the Ronson sisters, Nicky Hilton, and Derek Blasberg. Plus, Tonic East is in a verbal brawl with a former waitress; a closing date for Mars Bar; beach bars in Atlantic City; celeb spotting at Sway; and the dumbest non-trend ever written about. Today's nightlife roundup will not be sporting a  Mike Tyson face tattoo!

1. Alex Julian To Be Doorman At Dream Downtown. 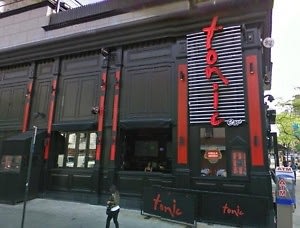 Last week a former waitress at Tonic East,  Marcy Richardson, took her revenge on customers who dined and dashed with a Craigslist posting entitled "Dear 3 black guys I served at Tonic East tonight (Midtown East)." Sample line in case you missed it:

The rest was pretty much her calling out these people and also management who took $120 from her pay to make up for them.

Management is calling bullshit. Pete, one of the managers at the bar, refuted the claim saying no one stiffed her and she was not tipped well by several customers because she was not a good server. He told Gothamist:

"There were quite a few issues in regards to the service," he told us. "She only started last week, very new, had resume with lots of experience, seemed very sweet and all the rest, unfortunately she wasn't up to the task...Customers were upset because they were waiting on drinks, receiving wrong orders. But everyone paid for their meals."

Plenty of people have written in to the site to pick a side and give their point of view.

3. Mars Bar To Close By End Of This Month, Residents Above Will Move Into New High-rise For $10 [CrainsNY] [Image via] 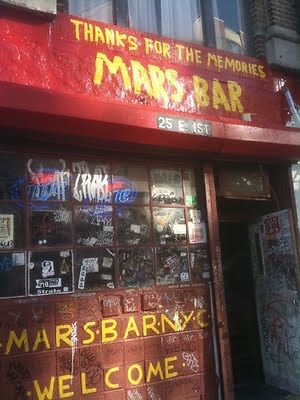 This is the craziest NYC real estate deal in the history of crazy NYC real estate deals.  The nine tenants who live in the two adjoining buildings above Mars Bar will vacate their 1920s building at the end of the month so that it can be demolished in August. When they return in about two years, each will pay $10 (tax free) to buy an apartment in a 12-story luxury high-rise.

Residents are moving out June 30, giving a clue as to the bars closing date. 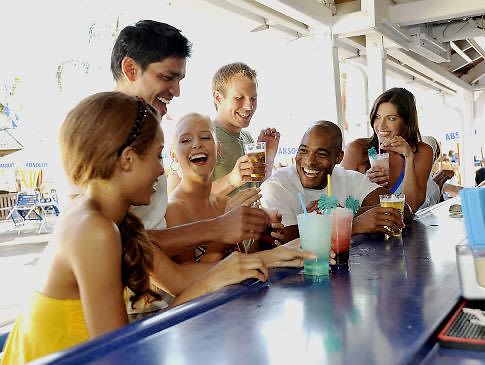 Not all of us have a share house for the summer in the Hamptons. Atlantic City can be just as good. Here's a list of the best beach bars.

5. Hooters & Canz In Battle Of The Boobs Long Island [NYP]

A new restaurant in Long Island called Canz is out to challenge Hooters. In a headline that could only come from the NYP, they have started a war over who will be the reigning "Breastauarant." The newbies have already poached 25 waitresses from the iconic wing joint. 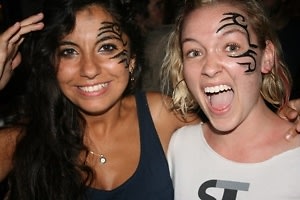 Coyote Ugly invited face painter Melinda Prom to their bar this Friday night to give patrons fake face tattoos that look like Mike Tyson's ink leading the NYP to call this 1) A "booze-fuled microtrend," and 2) " hot new way to woo someone." Neither of these things are true. What is true is that this is a one time, "Ha ha ha, we're like the Hangover 2," occasion. 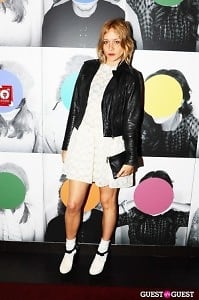 In this interview with Chloe Sevigny, she touches on where she likes to hang out in New York:

I just go where I want to go and whatever happens, happens, you know? I go to this party on Sundays at Sway, it's like a Smiths night thing, and it's usually like a lot of foreigners that come up to me there. So it depends on where you're going. I go eat at Raoul's all the time, nobody says anything, or Omen, nobody says anything. At Veselka, sometimes kids come up to me. I think it's more where the tourists are, maybe?