There are a lot of closings happening, these days...but when one door closes another opens! Also, how to host your own party in case all the clubs close, how to open a not-doomed restaurant, and why tonight's a good night for music in New York City!

1. The long-loved Beige party at B Bar is closing. [NYT]

A Tuesday weekly in the Bowery thrown by Erich Conrad, the Beige Party was loved for being "fashion-y, mostly but -not-all- gay party" since its glitzy underground emergence in 1994. Attracting Britney Spears, Dolly Parton, Boy George, and Sophia Lamar- just to name a few- it brought together "celebrities, club kids, handsome young strivers, and both the up-and-comers and has-beens." This kind of diversity helps to make a party legendary and Beige had the potential to live a lot longer, but with the opening of a new luxury apartment across the street came an influx of noise complaints, and Conrad has been forced to shut it down. Now it's time to wax nostalgic and the Times has published some notable revelers' favorite Beige memories. 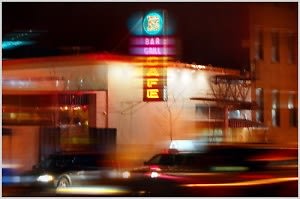 I first went to Beige a year or two after the movie "Party Girl" came out in 1995...Eartha Kitt was there one night. I leaned in next to her so that a photographer could take a picture, and as she reached to grab my face, her long fingernail went up my nose and gave me a nosebleed. I had to ask for a dinner napskin and walked around for an hour afterward telling people I'd been scratched by Catwoman. 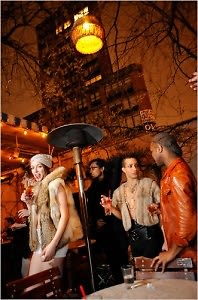 2. And Another New York Institution Closes...[lostnewyorkcity]

St. Honore Patisserie, a French Bakery in the Italian/Greek Astoria neighborhood was bought by Alex Reyad in 2008 and known for its baguettes and macaroons. It has mysteriously closed.

Covet, a Midtown club space opened by Miami nightlife man Eric Milon, who had aspirations of bringing his enormous success, Mansion, to the city. Word's not yet out on what he plans to do now. 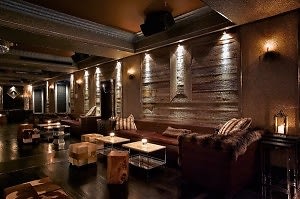 3. But There Are Some Openings! [evgrieve]

The mysterious closing of Pangea on Second Avenue has taken a turn for the better, with owner Stephen Shanaghan explaining a "landlord-tenant dispute," and expressing optimism about the future of his "community restaurant." 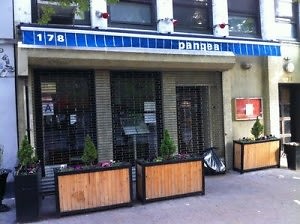 Totally! is back from its winter hiatus, an excited party oriented around funky beats at the Public Assembly Loft, bringing all of Brooklyn's artiest gays. It's rare for a party to successfully force together the girls and boys, and tomorrow night DJ Bassment and DJ Designer Imposter are laying down a welcome philosophy: "Let's love each other if only for one night!"

The L Word's (arguably) most lovable lesbian Alice is real life rock star Leisha Haley, who comes to New York tonight as half of her shoegaze-synthy duo Uh Huh Her at Santos Party House. The Fiery Furnaces are also playing a show at the Rockwood Music Hall. Too bad these shows are happening at the same time, because both are not to be missed. 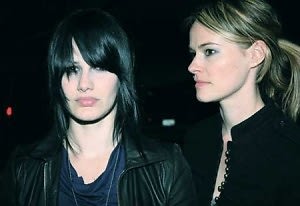 6. If You Want To Try Your Hand At Being A Social Success [eater, gofg, NYDN]

Check out Eater's guide to starting a "hot restaurant." Looks like a lot of New York's finest establishments didn't have this at their disposal! We have some advice for how to run the "perfect party house" in The Hamptons, and if you need to promote any of these things try out Molly Jong-Fast's publicity technique and dye your hair pink (or just read her satire on social climbing)!

Because you can drink on The Highline now! Parts of it, at least. The Community Board 4 just approved Friends of the Park's plans to sell beer and wine at two different parts of the park, including "2 bars underneath the northern tip of the park." 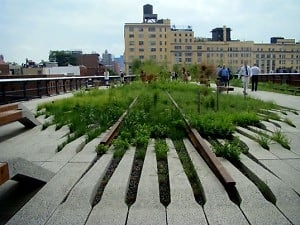