Tenjune's Mark Birnbaum is being sued for sexual assault; a new Southampton hotspot is set to open; cops keep acting like high school bullies to the Lower East Side; Max Fish continues settlement talks; Bryant Park movies may get a much-needed injection of alcohol and more. Today's nightlife roundup is getting rid of the mini bottles hid in its purse this summer! 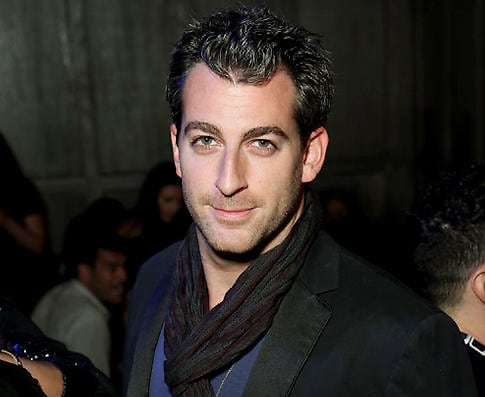 "Birnbaum made unwelcome sexual advances, requested sexual favors, and engaged in inappropriate and illegal verbal and physical conduct of a sexual nature with plaintiffs, all of whom are young female employees at the lounges," the lawsuit said. "Indeed, defendant Birnbaum's conduct was so egregious that it amounted to sexual assault and battery."

Birnbaum's lawyer, Peter Toumbekis, who is also representing American Apparel's Dov "Allegedly Had A Teen Sex Slave" Charney, stated "we categorically deny all the charges' and noted that all four women are still working for his client's company. The girls say they haven't quit because they rely on the income in the way we all do, for survival. 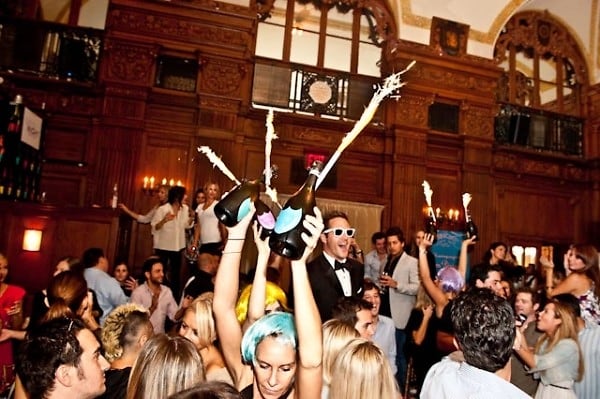 However, from what we hear the Koch brothers names should "have never been mentioned" in the new spot which opens Memorial Day weekend. They'll be releasing info on where the brunches will be held when the time is right. For those who are in Cannes, they're having a party at Zanzibar Beach. 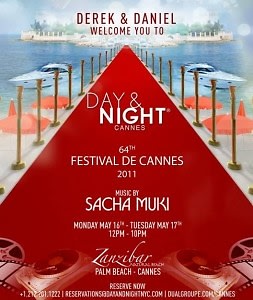 3. Everyone Hates The PoPo Cracking Down On The LES [Grubstreet] [Image via] 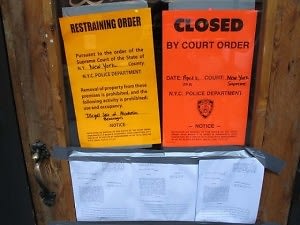 The cops have been cracking down on bars in the LES. Max Fish, Los Feliz and Mason Dixon have all suffered, but they aren't the only ones who are upset.  7th Precinct Community Counci president Donald West told Grubstreet that "It doesn't make sense,"  and that it's "crazy" to have mounted police come in to control crowds of pub crawlers on weekends. 4. Max Fish Continuing Settlement Talks [TheLoDownNY] 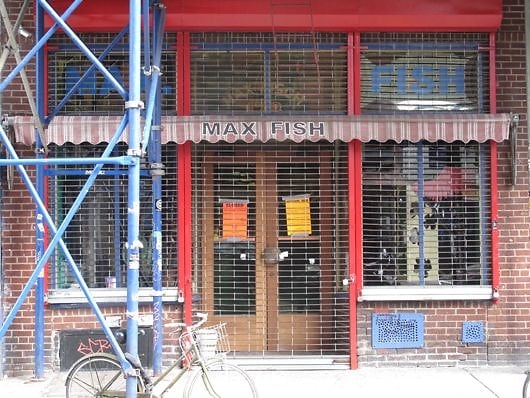 Speaking of the Max Fish, owner Ulli Rimkus, and city attorneys spent a full day in settlement talks yesterday without coming to a resolution. They are back in court tomorrow to resume negotiations.

Mike Bones, a Max Fish bartender started a petition to get the beloved spot back up and running. Thus far it has more than 1600 signatures. Sign it HERE.

Robert Ziegler, the owner/manager of Boots and Saddle at 76 Christopher Street is worried about the bad element in the hood.

"In the past year or so, the street has become a very violent place and a haven for drug dealers, hustlers, thugs and thieves.This has only increased with the closing of the gay bar Chi-Chiz, which was located a few blocks west of us. The business owners, patrons and homeowners here are getting to the end of their ropes. We are appalled with the lack of response from the local police and their absence from the streets."

The cops have told Ziegler that "Christopher Street was dead," and that if wanted to file a complaint about a drug dealer he had to get their names. Seems like that should be their job, not his. 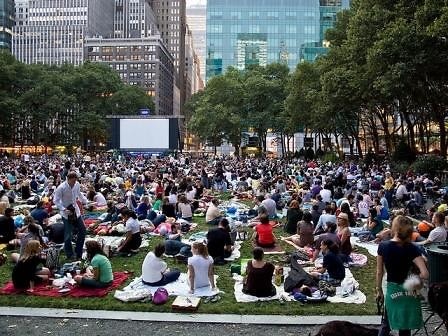 You may not need to hide that alcohol in your purse this summer when you hit Bryant Park for a movie.  The Bryant Park Corporation is considering a plan to make beer and wine permissible  during the annual summer film festival.

Officials are still deciding whether alcohol will be sold by vendors or if it will be a BYO situation. For a full list of films, go HERE.