Matt Levine sells the Eldridge, Avril Lavigne parties at SL, Kanye West fails at party crashing in Paris, wine bars open in the UWS, crack whores can't be trusted and other important things you should know. Check out the latest in nightlife below! 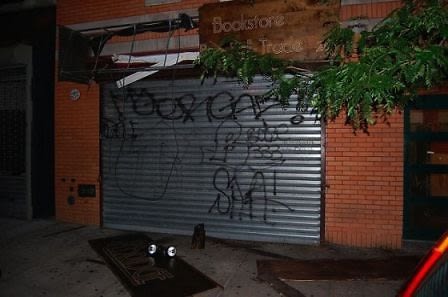 He was bummed to let it go, but will likely open up something else soon.

One source said, "He received an offer he couldn't refuse, and the new tenants agreed they could not use 'Eldridge' in their new name and they must change the bookstore façade." Levine, who refused to confirm details, told us, "I didn't want to let it go, but am very happy with the terms and plan to open up a restaurant on the Lower East Side soon." 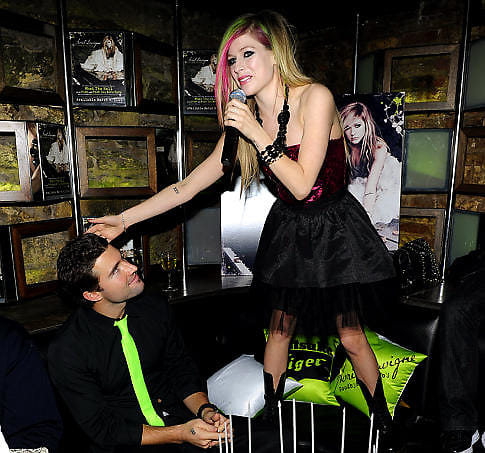 "When Lavigne, 26, got on the mic to thank "everyone who supported" her in making the album, her label RCA Records was last on the list. Addressing why the disk took over two years to release, Lavigne told Billboard.com "the only challenge of this album was my record company."

4. Never trust the finger of a crack using hooker. A prostitute who pointed out the wrong man to a mob killer in 1999 gets sentenced to 20 years. [NY Post] 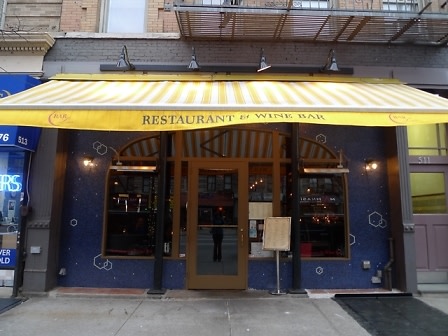 Wine bars are popping up everywhere on the Upper West Side. Tapas is still a big trend, and the stroller pushing set often chooses wine when they get their drink on. So naturally there is money to be made. The two newest are Osteria Cotta at 513 Columbus Ave. between West 84th and 85th streets and Tarallucci e Vino at 475 Columbus Ave. and West 83rd Street.

6. The closest you will get to Oktoberfest without heading to JFK first. [dna info] 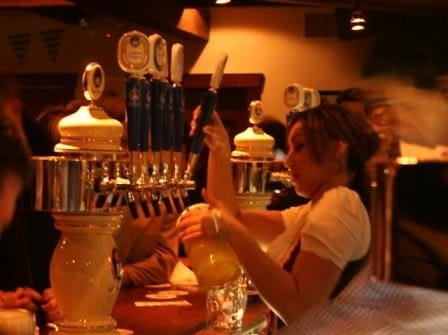 Check out Bierhaus, the city's newest German themed bar. The folks behind Bull's Head Tavern, Black Bear Lodge, Whiskey River, and Mad Dog & Beans searched high and low for a taste of that Oktoberfest action in New York and could not find it, so they created their own. Bierhaus beer hall opens today in Midtown East. 6 – 9 p.m., 712 Third Ave., at 45th Street.

"They're even planning to organize a stammtisch, which in Germany is a table in a pub reserved for regulars. Here, it's a table reserved for people who want to practice their German. The restaurant, which is lined with communal tables that will likely be crowed with steins, pretzels and sauerkraut balls, had an early opening on Monday, during which the Alpine Squeeze played their accordions for a fundraiser for the German-American Committee of Greater New York's Steuben Parade."

7. Greenpoint waterfront will be the place to party this summer if Aaron Broudo has his way. [Gothamist] 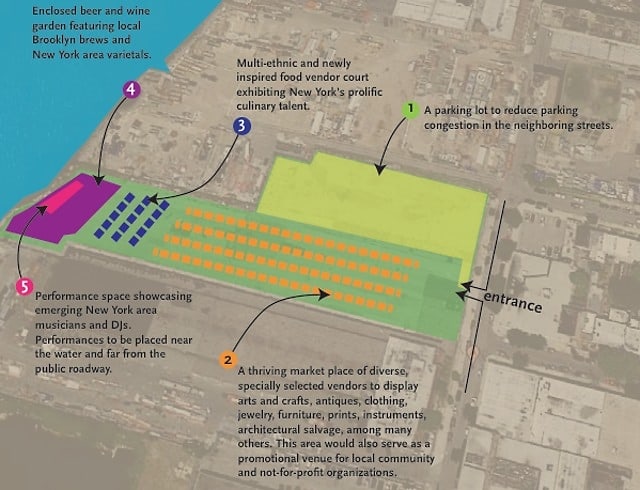 The attorney is planning to launch a "Brooklyn Night Bazaar" complete with beer and wine vendors music and major art projects. If the funding comes through for his venture there will be an eclectic market to hang out in, and drink and shop.

"The inspiration came from my days backpacking in southeast Asia where these late night markets are prevalent," Broudo says. "It was a really fun part of my travels. I wanted to bring some of that back to Brooklyn, especially considering some of the creative vendors we have here. I also grew up in Vancouver which has a really excellent outdoor night market." To help, he's assembled "a crew of people that have a lot of experience with nightlife and things of that nature," including concerts at Randall's Island. So if you want to party on the East River until 2 a.m. this summer and stumble home with a tote bag full of artisanal wares that will mystify you in the morning, kick a few bucks Broudo's way."

8. Finally TLC crackdown on cabs discriminating against those who live in the outer boroughs. [nytimes.com]

The city launched and investigation catch cabbies on camera who refused to take riders to their desired destinations outside Manhattan.

"It’s not quite on a level with running people over because you don’t want to take them to the Bronx, but for the purposes of illustrating the growing problem of cabbies illegally refusing to take fares anywhere they want to go within the confines of New York City, the undercover video released this afternoon by the Bloomberg administration served its purpose."

9. Gripes with Groupon [NY Post] The group discount purchase site has come under scrutiny lately for giving merchants and consumers the short end of the stick. They are accused of not thoroughly screening the establishments it features, and causing many businesses to loose money with many deals. Restaurant workers in particular dislike the site's customers because they tip based on the post discount price. Coupon purchasers often feel that the site leads them to sub par locations or that the venues treat them poorly because they used Groupon.