Late-night outdoor drinking spaces are under attack; APL is finally opening; Elaine's is no more; Matt Levine takes over Mason Dixon's space; a Williamsburg pizzeria introduces Nutella pies; New Yorkers are (shocker!) really self-absorbed; and enough booze news to make us sound like we have a serious problem. Legislation proposed by Democratic Assemblywoman Joan Millman would force bars with outdoor sitting areas to usher patrons indoors after midnight on weekends and 11 p.m. during the week. The bill would also mean venues with outdoor drinking areas would need to obtain a special outdoor alcohol permit. The legislation is a little more lenient than a previous version which would've had bar owners closing their backyards and biergartens as early as 10 a.m. on weeknights, but the move still threatens to kill our summer buzz.

The long-awaited Lower East Side lounge and restaurant, originally scheduled to open May 12, is coming this Friday, May 20th.

3. Elaine's Follows The Path Of Its Owner [NYT] 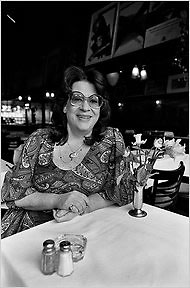 It's been six months since founder Elaine Kaufman passed away from complications related to emphysema, and now her Upper East Side legend of a restaurant is closing its doors at 4 a.m. on May 27, after more than 40 years in business. 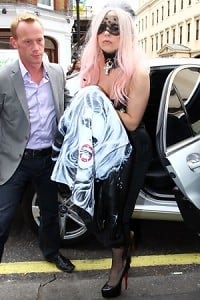 In a shocking report, the Post reveals that The Greatest City in the World may enjoy higher rates of narcissistic personality disorder than other cities. Excellent people come to New York be around all the other excellent people who are already here, and we feed off each others' narcissism in a glorious cycle of self-absorption!

“You know that song, ‘If I can make it there, I can make it anywhere?’ The operative word there is ‘I.’ ”says New York clinical psychologist Robert M. Fraum.

It's worth noting that this little bit of news isn't rooted in any actual scientific studies -- it's based entirely on the observations of a few very self-confident New York psychologists. 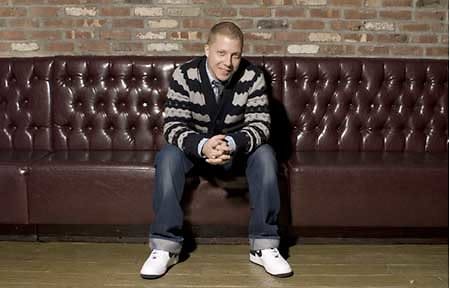 It's only been about two minutes since Mason Dixon closed, and the Eldridge's Matt Levine has already gotten the go-ahead to open a new restaurant in the space at 133 Essex St. We narcissistic New Yorkers do everything faster. 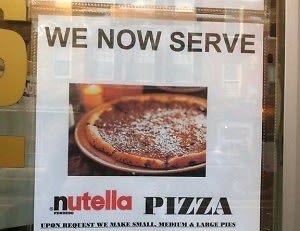 Williamsburg stand-by Driggs Pizzeria, in a move that demonstrates keen awareness of the needs of its audience, is now serving up three different sizes of Nutella pizza pies. It used to be that we got drunk just so that we could, well, be drunk... but now we're itching to start drinking just so we can have an excuse to taste this stuff.

8. Drink The Pain Away [DNAInfo] 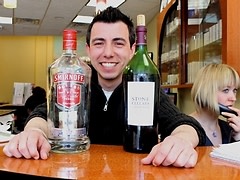 If Nutella pizza isn't your thing, there are plenty of other fun things to do while drunk -- like get a wax! Greenwich Village's Beauty and Youth Spa and Salon is now offering free shots of vodka (and possibly Tequila, in the near future) to take the edge off the dreaded bikini wax. 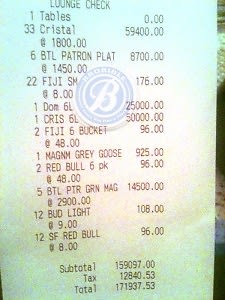 Though sources can't definitely confirm that this is in fact James' tab, we know for sure that someone at XS Nightclub at the Encore Hotel in Vegas bought enough booze to take down a team of elephants. 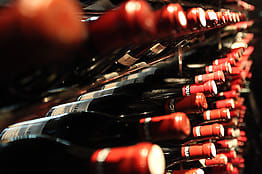 In Hong Kong and in the U.S., the price of wine varies widely venue to venue -- and we're not talking about your corner store vs. bottle service. Since a bottle of wine drastically interferes with our ability to do math, click HERE and let the article explain the rest.

11. And Speaking Of Drinking Too Much...[The Feast] 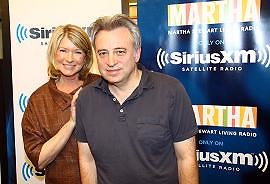 ...apparently Martha Stewart does it too. Yesterday, Stewart told New York restaurateur Keith McNally about the impromptu one-person scantily-clad vodka-tasting she once held at his bar, Pravda.

Stewart: "I tasted every vodka in the joint...and I forgot to eat...and I got really drunk... and I think I had on a very sexy dress..." McNally: "Not that you were wearing it when you left...".