Nude Gaming parties; a mysterious party on Avenue B; salvation for Max Fish; a new bar planned from Michael Lomonac; a dancing man in Staten Island and more! Today's nightlife round up just wants to shake it!

1. This Can NOT Be Real, But It Is Funny: Nude Gaming [Gothamist]

Gothamist received a video about nude gaming parties going on in NYC.  It's gotta be a campaign for sponsor Xtend Play, but it's pretty great, regardless.

"I think there's a misconception about gamers that we're all just living in isolation, we're creepy, living in our mother's basement, but I don't think that's true...through these nude gaming events we can all just connect," says nude gamer Lisa. And party host Carlos adds, "This is our third nude gaming event this year!" How else are these nerds gonna get laid, after all? 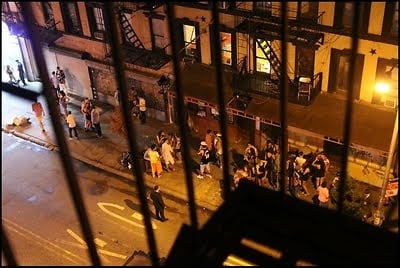 Is there a new underground party at Le Souk? EV Grieve spotted crowds, bouncers, and party buses. Anyone know anything? 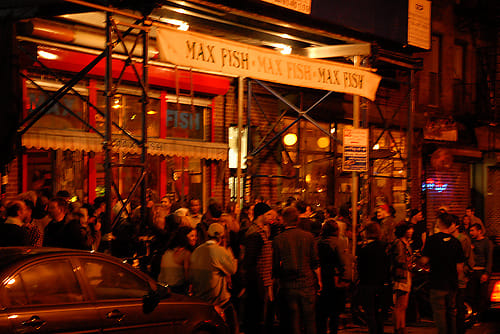 Tipsters are telling Curbed that Max Fish, who is struggling with rent and planning to move in less than a year,  is in contract to developer Serge Hoyda and will get a longer lease as a result. Could it be true? Is Max Fish LES saved?

Michael Lomonaco is planning to open a wine bar this October at the Time Warner Center. It will be housed in the open atrium space adjacent to his Porter House restaurant. The joint will serve small plates, along with wine, Champagne, and cocktails. It's tentatively called Center Bar and should be open by October.