The Parlor Club gets a soft opening, The Ace Hotel sets a Guinness World Record, Day&Night gets caught on video, the Chinatown Fair Arcade shutters, DJ Jason Smith dishes, and the Trilby opens in the Cooper Square Hotel. It's all here in today's nightlife round-up. 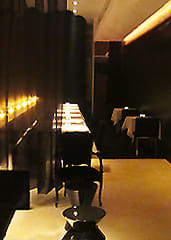 "Introducing Parlor Club, a new invite-only establishment in Soho for unchecked imbibing and other discretionary night moves, accepting applications now. Think of this as a five-star hotel lobby that requires Pentagon-level clearance to revel in. A comfortably private, two-story restaurant/wine cellar where you'll come to close deals and woo dates in the candlelit dining room or the baroque-styled black and white bar." 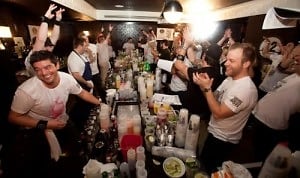 "History is made [Sunday] in the basement of the Ace Hotel New York. Prior to the 42Below Cocktail World Cup U.S. Final, a team of eight cocktail wizards set the Guinness World Records achievement for most cocktails with a minimum of three ingredients made in one hour by a team. When all was said and done 1,541 cocktails lined the tables wall-to-wall."

Ever wonder what it's like to go to the Koch brothers' Day&Night brunch? Let the craziness ensue. 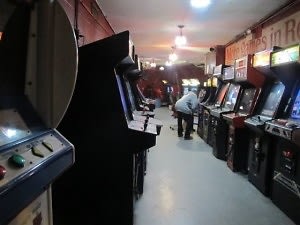 "Chinatown Fair Arcade is is officially closed for good...We stopped by just before closing and confirmed that the arcade is indeed moving to an unspecified location in Williamsburg. So sad to see the crew emptying the machines for the last time." 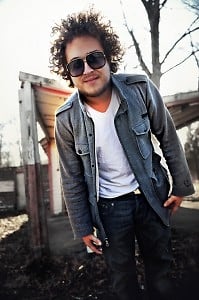 "Jason Smith-Mash-up extraordinaire, major swag alert, and undoubtedly one of the most in-demand DJ's in NYC. With an ear for talent-Jason started off as an agent while taking endless deejay gigs after his work hours. Proving to be a textbook example of results you get when you hustle--he switched roles from agent to talent and is now on his grind more than ever."

6. The Trilby In the Cooper Square Hotel [Eater] 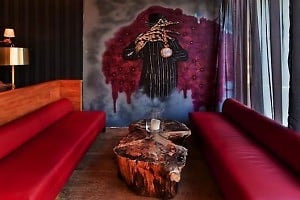 "Take a look at that tree stump table, those long red couches (they're extra tufted"), and --what's that? Why yes! It's a mural of the same zoot suited zombie man that also adorns their website."