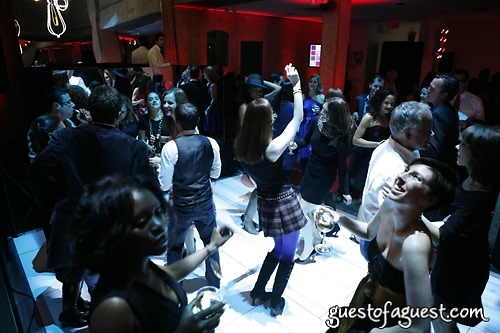 This week was one of our busiest yet.  With the opening of four new places on Thursday, we are still getting caught up from the parties.

We started the week off right at the Whitney Gala and it's after party at Rose Bar on Monday, where we mixed and mingled with NYC's finest socials. What a night it was!

This week was the start of the CMJ Music Festival, which met hipsters everywhere flocked to the LES to catch their favorite bands perform.  Seemed like a great time to coincide with the reconstruction of the most populated street, The Bowery.

Wednesday we popped our heads inside Ella's, the lounge that is bringing Hollywood glamor to the LES.  Word on the street was that Whitney Port's new show, "The City" was being filmed there that night.  Also that night, we hit up the opening party of the Huge Boss Concept store on West 14th Street.

Cain Luxe's highly anticipated debut happened on Thursday and we got the scoop from owner Jamie Mulholland days before.  Not even the fire alarms could stop the party when they went off on opening night. 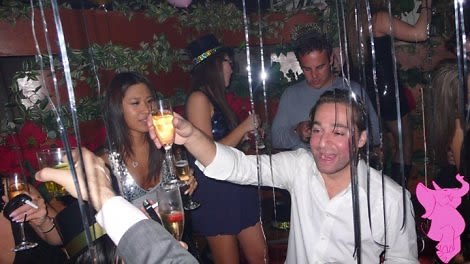 Also that night, Steve Lewis helped open the Aspen Social Club with a grand old party care of the Misshapes. The hottest bowling alley to land on the island, Lucky Strike Lanes opened with loads of people ready to strike out. AND Richie Rich debuted his new CD Celebutante, AND a new club: Citrine.

And, as if we needed more things to do on Thursday night, Rachelle helped host the party at the Eldridge, in honor of the announcement of the Acria Jr. 2008-2009 Comittee.

Besides that, this week Pink Elephant announced their New Year's 2009 plans...who their "Ultra VIPS" will be is anyone's guess, but it's sure gonna cost you.  And, we popped into Mr. West's on the West side highway to see how the crowd was faring.

Phew!  October is shaping up to be the busiest month of the year.  Stay tuned this week for a recap of Liam McMullan's Birthday (Friday night), and our Halloween Party guide.