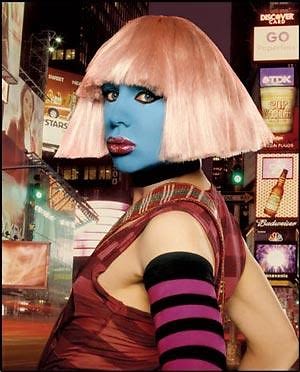 If you have been to any club worth its salt in New York City over the past three decades, then you have undoubtedly run into transter Kenny Kenny (who these days can frequently be seen clad in high heeled zipper boots and a fur lined bomber hat, even in August). Kenny Kenny, the ubiquitous and fabulous queen of New York nightlife has run the door at The World, Red One, Palladium, USA, Limelight, Sound Factory, Spa, Plaid, and more recently HOME to name a few. He is now more focused on running parties such as Ultra, Buckingham, Distortion Disco, and Happy Valley Tuesdays.

Kenny Kenny got his her start as a Club Kid running with the infamous Michael Alig and his crew in the late 80s/early 90s. But the days of Club Kids were numbered, and Kenny Kenny eventually became a door fixture for the next two decades. His first door was Susanne Bartsch's SAVAGE which he ran with Gene Crell and partied with some of the greatest including Andy Warhol, Jean Michel Basquiat, Faye Dunaway, Debbie Harry, Bette Midler, etc. Certainly Peter Geishen's limelight was one of Kenny Kenny's biggest gigs in the late 90s, when Peter and Steve Lewis basically ran the entire New York scene.

But our fondest recollection of Kenny Kenny was when he she was at Spa. For those of you who never ventured inside, it was a truly tremendous club with a super eclectic crowd and a great layout (which you can see part of in the movie Made, starring Vince Vaughn, P. Diddy and John Favreau). But we digress...the point of our story was that as you neared the front of the line, Kenny Kenny would start taking notice of you, and checking you out. And at the moment he started to let your party in, he would line up everyone in your group and scan them from head to toe, scrutinizing each and every little fashion detail. He himself had been involved in fashion his entire life, studying it along with textile design at the Dublin National College of Art and Design and starting his own line under Rachael Auburn in London. If Kenny Kenny spotted a fashion faux paus, it was generally something you could not recover from, and that was the end of your night...it was true hilarity! 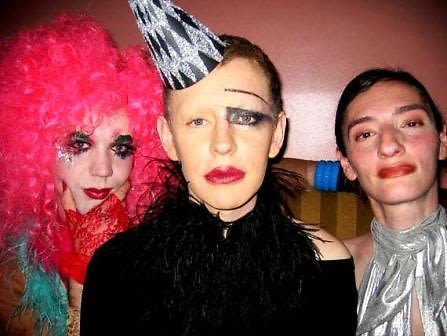 We just can't get enough of Kenny Kenny, and will stop by HOME on occasion just to hear those whispery words out of his puckered pressed lips "You look FAB-U-LOUS dahling!" When you hear that from Kenny Kenny, you KNOW you've still got it, the bitch wouldn't lie.