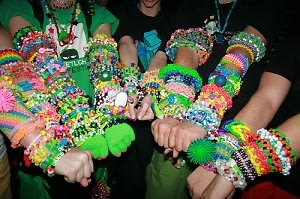 Lately, with the explosion of electronic music, the underground rave scene has been stirred once again. What it will blossom into, one can't be sure. Here's a short breakdown of the modern rave scene today, from past to present.

Last night before a concert, a young man pointed out my friend's armful of colorful plastic bracelets, and asked where we were going. "To a rave, duh!" she replied. I realized that half of what she said was true- yes, we were raving, but no, we weren't going to an actual rave.

Rave culture originated in the U.K. and quickly spread to places like Los Angeles, San Fransisco, and New York City. Warehouses were broken into or rented out during the day, where massive sound systems and LED lights would be set up. To find out details, map points were created on the backs of flyers and phoned to several people. Often, the map points would lead to other map points so the police would have no trail to follow. The most famous festivals were "Dune," "New Moon," and "Moontribe." Now, L.A. boasts the largest raves of the country with Electric Daisy Carnival, Together As One, and Nocturnal Underground with about 200,000 people in attendance. 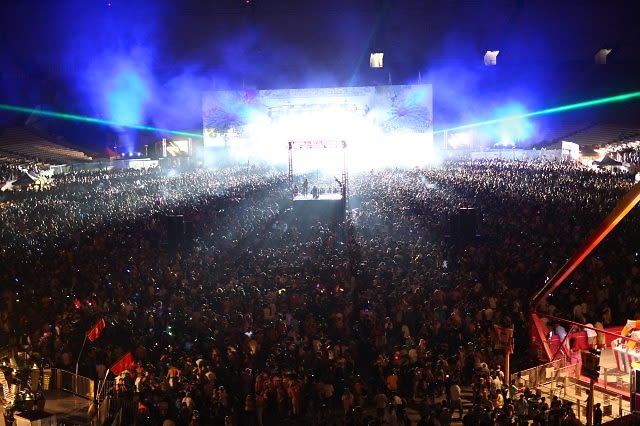 New York City followed suit, although due to lack of space, the "Club Kids" were born. Michael Alig and James St. James hosted infamous shock parties in places like subway cars, donut shops, and the old high line tracks. The duo were known for attracting attention due to E usage and outrageous costumes. 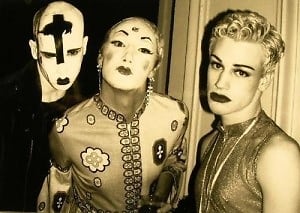 If we are all going to hell in a handbasket, we might as well make it a party on the way down.- James St. James

In the nineties, raving was a way to spread love, make friends, and host underground basement parties for money, all to the electric surge of drum and bass. Ravers from the nineties view today's version as a digression. A place where young kids gather, take drugs, and get messed up. Sure, there's a fair amount of followers that use electronic music as the background soundtrack to ruin their brains, but there's another side to it as well.

In New York City, there are several forms of raves. Large scale festivals, warehouse parties, and sponsored concerts at places like Terminal 5. Raves appear when the right type of music is played, specifically electronic, dub-step, house, etc. Today, it's a state of mind for ravers. If you say you're going to a "rave," it usually means you're going to see a DJ perform live, jam out, get silly, and make new friends. 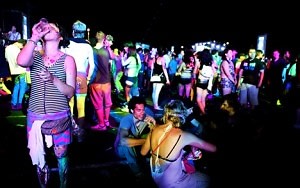 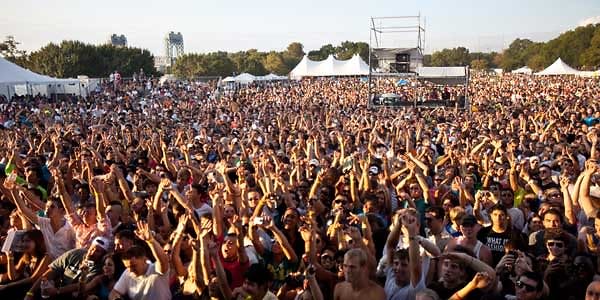 Sunlight meets sequins at Electric Zoo, New York City's largest outdoor gathering located on Randall's Island. Electric Zoo runs on Labor Day weekend, boasting 67 musical acts to spin your head around. In this musical zone, divided up into several subgenres, ravers can choose which musician their ears like best. At festivals, you're encouraged to dress up (the zoo theme brings out leopard booties, fluorescent wigs, LED outfits, etc.). Electric Zoo functions as a rave- you're outdoors, floating through masses of people, talking to whoever. It's a friendly, relaxing, and non judgmental atmosphere. Past headliners have been electro-guru Benny Bennassi, Bassnectar, Armin Van Buren, David Guetta, Steve Aoki, Kaskade, and Moby. This video is an amazing re-cap of what goes down at Electric Zoo inside and outside the tents. 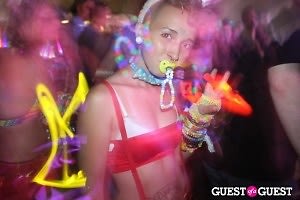 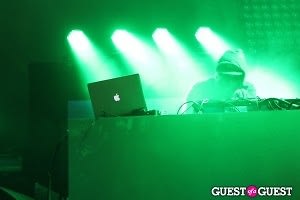 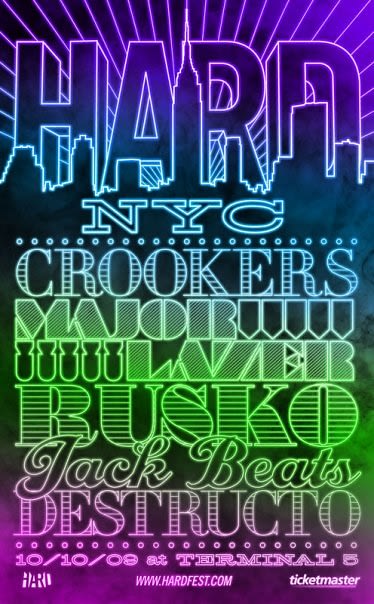 HARDFEST gathers the top electronic artists of the moment for one night of seductive synths, 4/4 beats, and an electrified crowd. HARD NYC's lineups are strong- this year featured an evening with Crystal Castles, and the second day featured Benga, Skream, Destructo, Fake Blood, and Simian Mobile Disco. Other acts have included Crookers, Diplo (producer for M.I.A.), Ms. M.I.A. herself, Major Lazer, and Boys Noize. Since HARD plays at Terminal 5, the crowd tends to be younger, and more oblivious to the rave scene. Bros walk past and try and grope you frequently. Stick to the back- it's where the true dancers congregate. In recent years, the HARD scene ignites the "rave" perspective, yet most people dress and act like they're going to a club. To see the concert in action, here's a clip from the Boys Noize set in 2010. Chills. 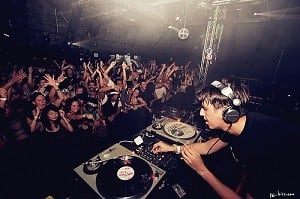 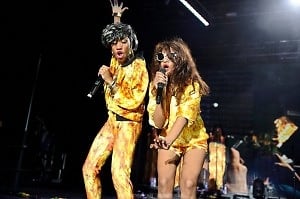 If you seek a rave, you shall not find one. In New York, raves are still secret-- party hosts use word of mouth to spread the message. Some organizations like NYCRavers and Trance Mansion dedicate their time to keep the rave scene alive, by creating a theme (for example, "Naughty Neon" or "Glow Orange") and hiring a slew of local DJs. NYCRavers have an organic sentiment. They want people to think of raves as an experience and an opportunity. That's what the night provides, anyways- the opportunity to dance, mingle, and create bonds with warmhearted souls. At their most recent party, activities included kandi making and black light body painting. 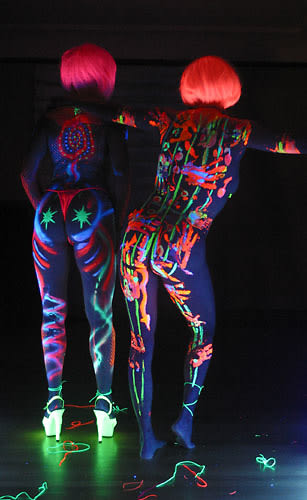 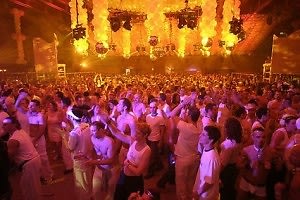 At raves, Kandi bracelets are traded using the acronym PLUR (Peace, Love, Unity Respect) in conjunction with your hand. One person will make the peace sign and press it to the other persons peace sign, then create a heart, then link hands and switch bracelets over the palm. It's a gesture of friendship. 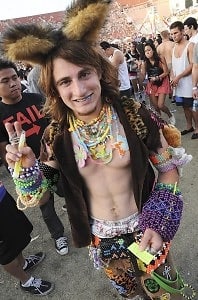 At raves, light shows are common. For people on ecstasy, the lights are mesmerizing. The master of the light show stands up while his audience sits down, producing magical patterns in the dark. Check out this video below of "The Rabbit," a talented freak, in a good way. 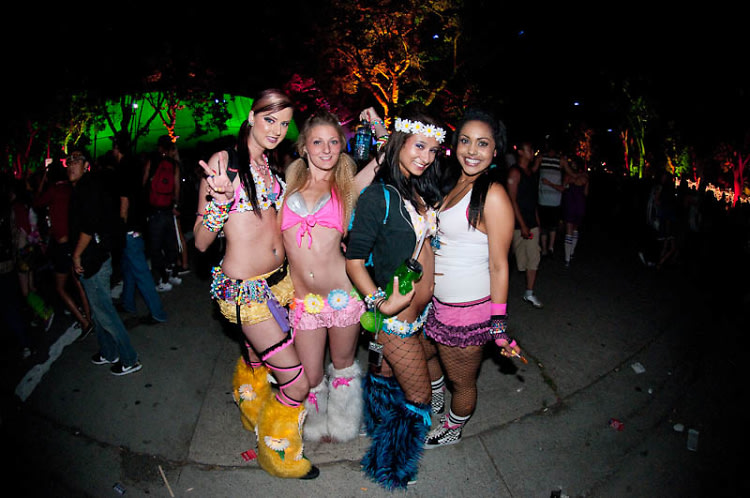 Personally, I believe that raving is about finding your identity. Many ravers have turned to one specific costume that exudes their personality. 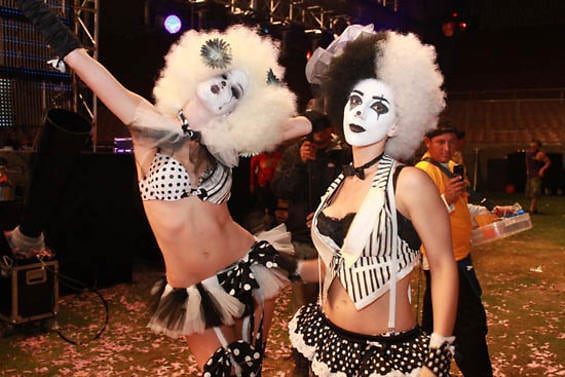 All in all, you can wear whatever you want to a rave, but isn't it fun to create an elaborate costume?

I believe that raves are back, and slowly getting better.

See you at these upcoming events! 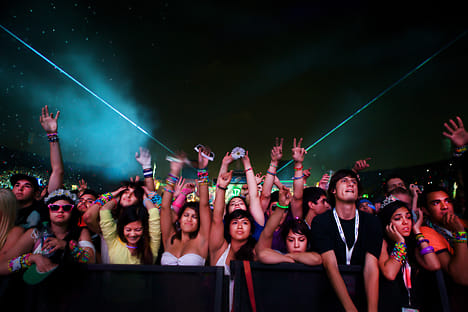