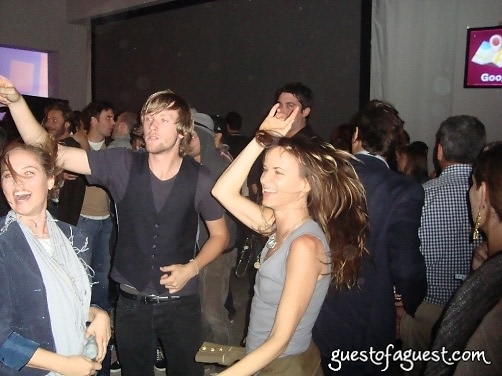 Scott is making our heads spin with all of the parties they've been hitting up. We don"t know how they do it, but just two of their nights is like a month"s worth of excitement:

Wednesday found us all dressed up with too many places to go. So we decided to miss the Out Party and headed straight to the Conde Nast Traveller Awards party at the New York Public Library on Fifth Avenue. Their parties are always over the top and this one was no exception. We met up with our friends Melanie Weitzner of Rubenstein PR and Hugo Boss"s Ward Simmons, and made the rounds. Others at the party included Brad Leinhardt, Douglas Marshall, Sue Shin, Michelle Jimenez, Devorah Rose, Andrew McCarthy, Eric Mabius, Matthew Settle, Mario Cantone and Tom Filicia.

She showed us a PETA ad that she recently shot. We innocently asked "who are the other girls in the shot?" Of course they were the rest of Dannity Kane! We told her we were heading to the Hennessy party and she graciously offered us a ride in her supesized SUV. Aubrey hit the red carpet and we headed inside thanks to Wass Stevens and Richard Thomas.

The Hennessy party featured performances by Leona Lewis, Neyo, Fabolous and DJ Jazzy Jeff. The only thing they served was Hennessy, which is not half bad after your second or third. We met up with our friends Matt Levine, Jason Lawrence, James Taylor, Richie Rich, Anessa DeSarno and enjoyed an amazing concert. Afterward we headed to our old haunt Cipriani"s and ended our evening at our favorite 10AK. 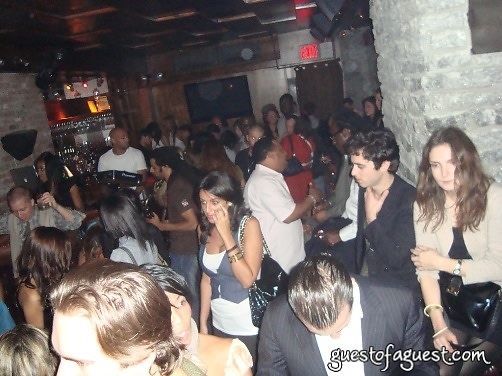 Thursday we had dinner at the Historic Ear Inn with Gillian Hearst Simonds, Christian Simonds and Mattie Baguettes. Despite its grungy appearance the food was great and the check for 5 of us came to less than $150! And that included a bottle of Moet!

We then headed over to the T-mobile G1 Phone Party/Concert at Skylight Studios. The dynamic duo of Richard Thomas and Tamie Peters Thomas were our hosts and Gillian actually got to keep a phone for herself-lucky girl. There was a full stage set up but nobody knew who was going to play. While we speculated we took advantage of the open bar. Then the band came out and we were thrilled that it was the Raconteurs.

For those of you who don"t know, that"s Jack White"s other band. We expected a few songs and then a quick exit, but were treated to a full concert. Others seen rocking out: a very animated Juliette Lewis with a bit mortified looking Erica Christiansen, Demetrios Kalkanis, Ali Puliti, Chau Ngo, Ari Horowitz and Emma Snowdon Jones.

We met up with the Eldridge crew including Matt Levine, Michelle Jimenez, Jason Lawrence and Samara and headed there. It was quite the crowd at the Eldridge that night!

Cipriani• 1 OAK• The Eldridge• T Mobile• Scott And Naeem Do Conde Nast Awards• Hennessey• In Only Two Nights Out!