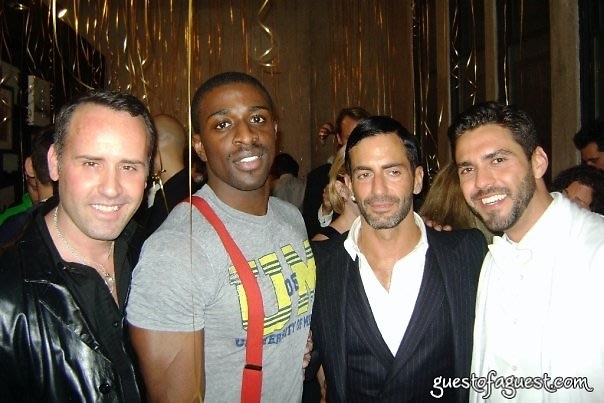 [Scott and Naeem with Marc Jacobs]

Go HERE for more photos of this event by Scott and Naeem and TAG YOURSELF and YOUR FRIENDS!

Last night we never thought we would get a cab in the crazy all night rainstorm, but the gods were kind and we got one in minutes. Unfortunately the gods care nothing about traffic and it took us half an hour to go less than 30 blocks for our first stop at the Quest/Ivanka Trump party uptown. We literally walked in, saw Ivanka and left. We are sure it was a lovely event but the space was very small, coupled with wet coats and the warmth we decided not to stay and headed for our next stop the Louis Vuitton/Teen Vogue party.

We were invited by Teen Vogue's own Lily Amado Givoni who looked fabulous and fit despite having a baby just months ago. We spotted what we thought was champagne, grabbed it and went for a big gulp before gagging-apple cider! ugh! They weren't serving alcoholic drinks on the first floor due to the abundance of actual Teen Vogue readers in attendance. We scurried upstairs to the third floor and the real bar. We spotted Jules Kirby and her posse and hung with them for a while before deciding to head out to our next stop the Chandelier Creative Christmas Party. 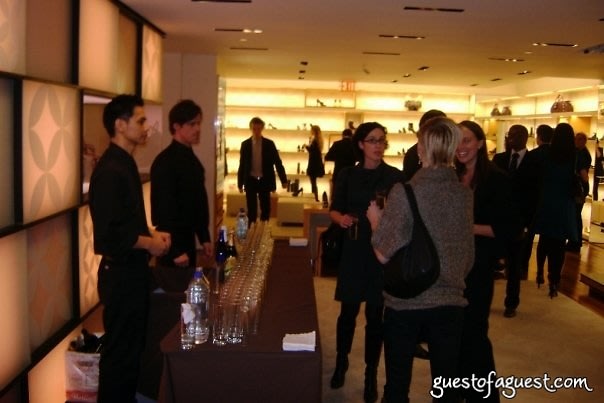 Chandelier is an advertising agency and our beautiful friend Lorenzo Martone works there. We thought we were in for a typical corporate affair. We were wrong. Thousand of pink balloons festooned the ceilings of the first room while a gospel choir sang pop standards. The second room had a gold motif and featured a silent auction and a naughty santa.

Scott planned on heading home but our cab karma was all used up and he had to walk with Naeem to the Eldridge and hung out for the night until the rain let up. Others joining included: Sean Glass, Briana Swanson, Liam McMullan, Neda Verbanova, Cole Bernard and DJ Mel Debarge.