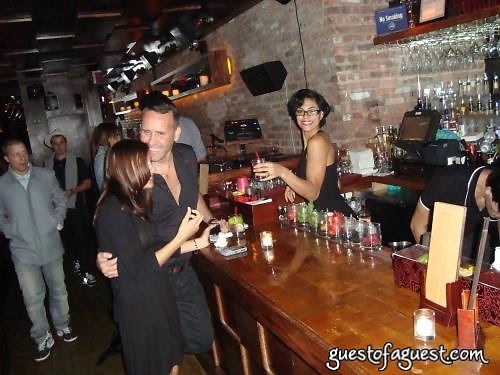 [At home inside the Eldridge with Matt Levine looking on]

Go HERE for more pictures, and remember to tag yourself in the gallery!

It was another long weekend for us but rather than bore you with a lot of details we will just give you the highlights:

We headed over to Eldridge early Friday night for Richard Branson's book signing. Richard was sweet, jovial and posed for pictures with whomever asked.  We jokingly asked him for some free Virgin Atlantic tickets and he laughed. Others at the party include Greg Link, Brad Leinhardt, and Brianna Swanson.   Afterward, we headed over to dinner at Thor (Nancy Allen sat across from us) then the new Friday night party at Megu where we ran into Sparrow, Tim Garcia and a lot of models.  We headed back to the Eldridge for the remainder of the evening before heading home. 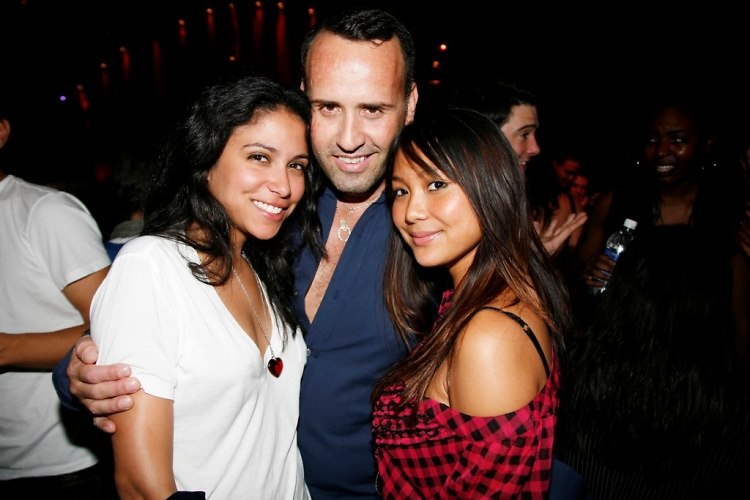 Saturday was the huge Diesel party that everyone and their mother (literally) was at. Some friends of ours rented a big white stretch limousine and off we went to explore the wilds of Brooklyn.  We opted to not even try to navigate the main floor and instead headed for our table upstairs.  As you may have heard the line-up included Hot Chip, NERD, MIA and Chaka Khan, along with various trapeze artists, gymnasts, contortionists and (randomly) two very drunk midgets sitting on top of one of the bars dressed like gangsters and playing cards.  A very special surprise that had most of the ladies, and some of the men, in a tizzy was T.I.  He had a smoking set that left the crowd screaming for more.  We stayed until the fire department ordered everyone out of the VIP section, which was a collection of beams and a floor that had a very makeshifty feel to it, and had us all a bit nervous most of the night.  Others seen at the party included:  Lucrezia Buti (and her mother), Richie Rich, Ro Penuliar, Tiny Tim Garcia, Juliette Lewis, Zoe Kravitz, Kashmir Snowdon-Jones, Lindsay Lohan, Chace Crawford, Michelle Williams, Gregory Link, Liam McMullan, and finally one of our favorite couples,  Chau Ngo, and David X. Prutting.

Sunday we got up early to head over again to the Eldridge for a photo shoot with Lydia Hearst that will be featured at the masquerade party Artwing is co-sponsoring at the end of the month along with MAC Cosmetics and Alex and Ani Jewelry at 1OAK.  The photographer was Nicolas Wagner with clothing by Tim Bitici and hair and makeup by Sparrow - all represented by Artwing.  Lydia again proved why she was a supermodel and shot 8 stunning looks in less than 4 hours.

Sunday night found Scott hosting a party at the hipster joint Santos Party House.   Santos Party House has an old school feel, very Body & Soul for those of you over 25.  The DJ was Nicky Siano who was the first DJ to ever play at Studio 54 (or so we're told).  The party was organized by Mr. Patrick Duffy and our co-hosts included:  Julian Skinner, Lindsay Burka, Kevin Alexander and Sparrow.  We had loads of our nearest and dearest show up and a great time was had by all. 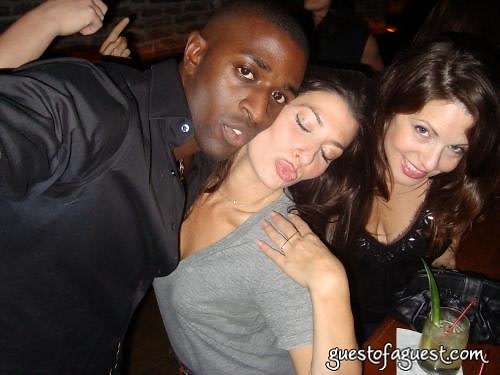 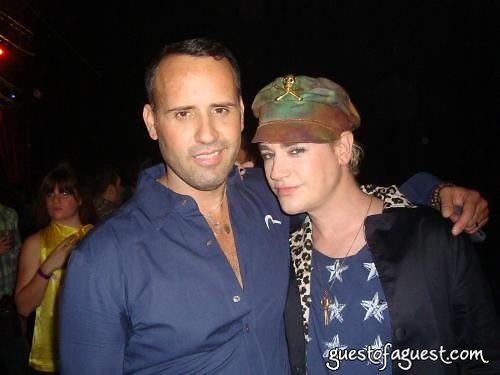 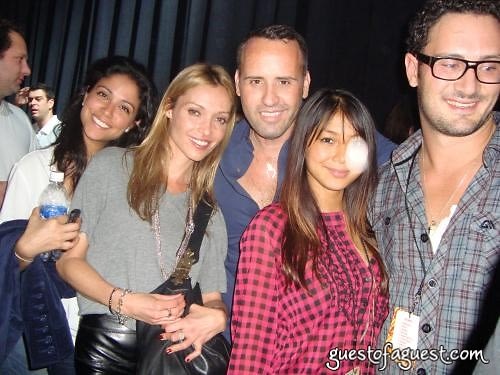 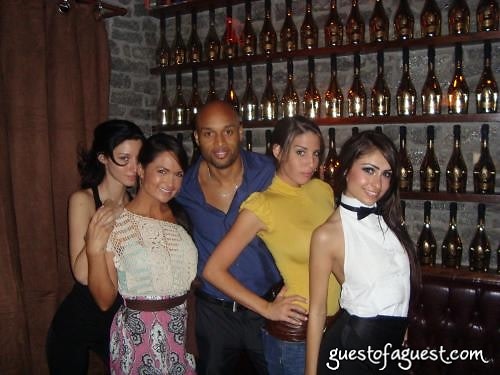