[Sean Kingston and crowd] Only further backing the fact that New York nightlife is alive and kicking, long before the clock struck midnight on Tuesday the lines in front of the Meatpacking hotspot Tenjune were creating what looked like a mob scene. But this wasn't just any typical weeknight out (doesn't anyone have a regular job anymore?)...The club was playing host to Sean Kingston's album release party for "Tomorrow", his sophmore debut. Besides the typical crowd of girls in too much make-up and too little clothes trying to make their way in (not happening tonight, honey), those who actually made it past the ropes included none other than Lil Jon, Rick Ross, and Russell Simmons, who were all treated to a three song performance from the artist. Mark Birnbaum and Eugene Remm, of Tenjune fame, were even there to present the artist with a celebratory cake. Because what's a celebration without a cake with your picture on it, anyway? 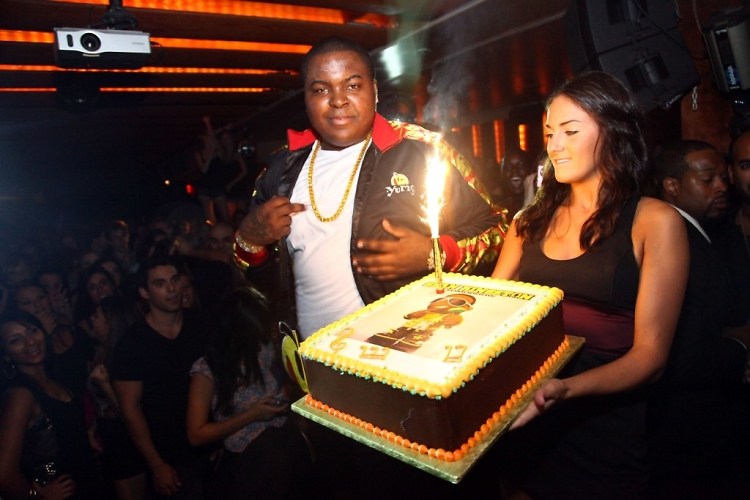 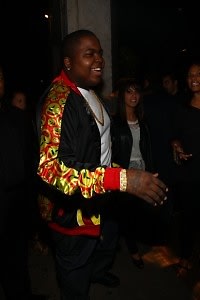