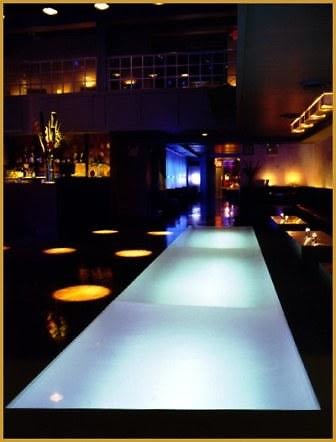 Funny thing, the history of a nightclub....Just when you thought you found your spot, the place that you knew all the doormen by name and you always got a VIP table, they go and leave you. The question we are here to ask you though is does a nightclub ever truly end? Today we are here to present the rather interesting case of the space formally known as Float at 240 W 52nd St. Here goes: 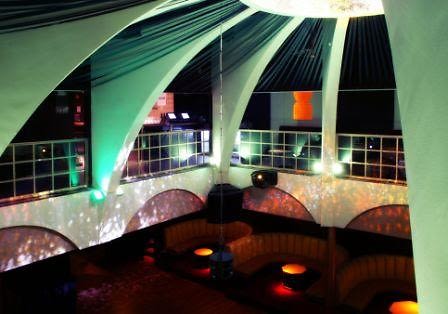 You see Jeffrey Beers designed the space and was one of the original owners of Float, the club that had a large following and impressive run. Then comes along Muhamet Nikezi, Nick Nezaj, and Jimmy Celaj who together decide to dump millions into the space to open up Temple Club, which later on they try and revamp as T Bar (pictured above). Thus MGN LLC is formed. 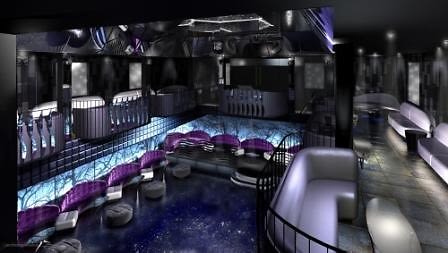 Now comes the fun part. For months, people have been talking about this new club named "Touch" opening up in the old float space. The owners have yet to come forward, though many have claimed millions of dollars have been dumped into the joint to resurrect it. Some are stating upwards of $8 million dollars. They are hoping to bring back the nightlife to the Times Square Area, hoping to compete with 1Oak to "change the face of nightlife", hoping you'll go there for New Years, and are opening TOMORROW. Well secret no more. After some digging we sniffed out that the "joint owners" are really know more than the 'T' loving MGN LLC group from earlier. Here's how we know...the domain registrant of their website touchnewyorkcity.com is the same as their old website one for temple/t bar (tnewyorkcity.com)....the guy Muhamet Nikezi is the administrative contact (same owner). Here is the info for touchnewyorkcity.com:

Now compare that to Temple and T's website registration information:

Even the PHONE NUMBERS and extensions are the same as T! 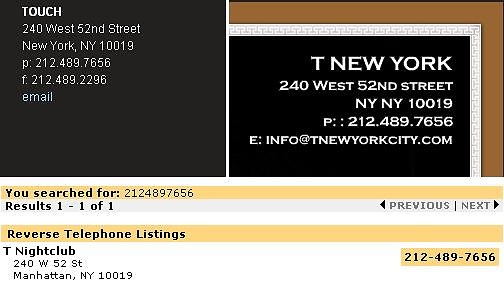 We recently just called and spoke with "Gavin" (who also use to be involved with Temple/T) who offered us a "no-can-do" attitude when we pressed for the names of the owners. So why the secrecy?? Maybe they are taking the cue from Cafe Bari's Upstairs and are realizing how people take to that sort of thing. Or maybe because Temple and T were a bomb, they don't want to stress their past track record?

Their official press release states that "After a multimillion-dollar renovation by a top team of seasoned industry veterans, Touch nightclub and event space is primed to open November 15, 2007. It seems this time they have some bigger players involved in the design, sound, and lighting....but can an old dog really learn new tricks? We shall see tomorrow night when John Legend, Wyclef Jean and May Anderson will celebrate the wrap of "The Source" starring Francesca Cecil.