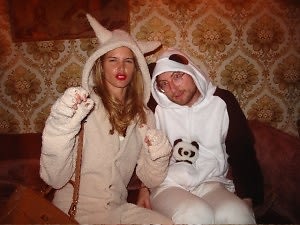 Lately, there has been one name floating around this town, and as it has been picking up steam, we have been picking up interest. The Wooly, a lounge in the Woolworth Building (11 Barclay Street) owned by Eric Adolfsen, is deep down in the financial district, and it has been luring some big names downtown.

Did you think the Top of the Standard was BOOMING? The Wooly may be for the financial district what Bungalow 8 was for Chelsea and Boom Boom for Meatpacking's revival. It's also set to take over where the Jane Ballroom left off. Here's what you need to know:

The Birth of the Wooly: At the end of August, Eric Adolfsen (with the help of his friends) transformed the overflow space in the back of his dad's restaurant into a private club, the Wooly. With details like vintage Belgian wallpaper, wall lamps rescued from the Plaza Hotel (before the renovation), rugs donated by Vanderhurd Studio, lampshades painted by Claude Morais of Ruffian and a stage for performances, the club will generally host private parties, salons and concerts for an art, fashion and music crowd.

Eric Adolfsen works as a director at the bicoastal directing studio Brand New School. Most recently, he completed two live action/cel animated commercials for HP and just wrapped up co-directing two highly-stylized commercials for Subway. He also frequently collaborates with his friend Waris Ahluwalia, drawing and designing all the books and invitations for House of Waris. In January, Waris flew Eric to Paris to decorate the walls and windows at colette for a fashion-week event celebrating Waris' jewelry collection, Omnia Vincit Amor. Photo by Vogue.com. 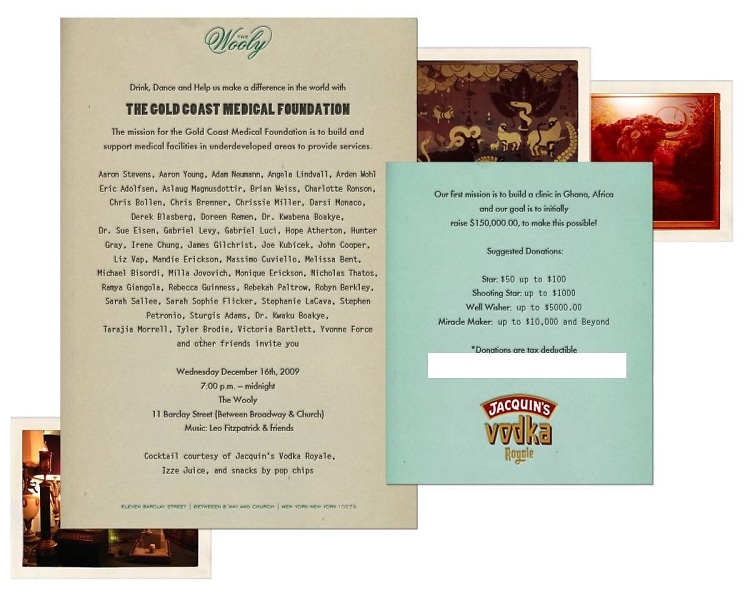 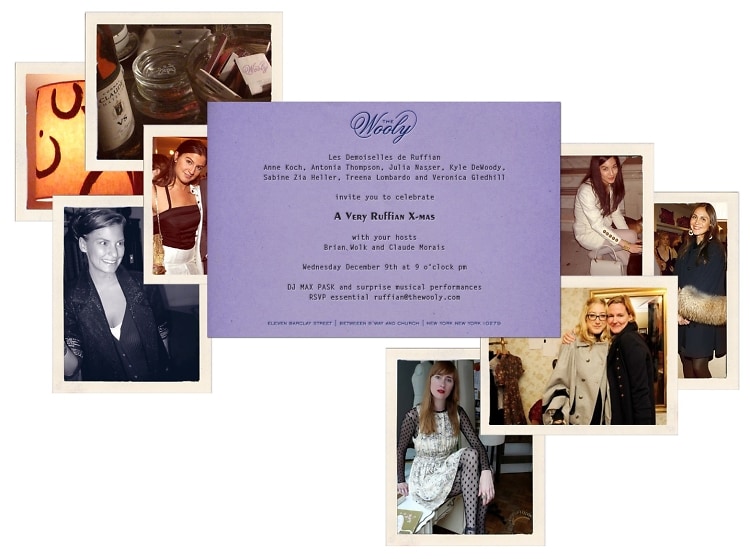 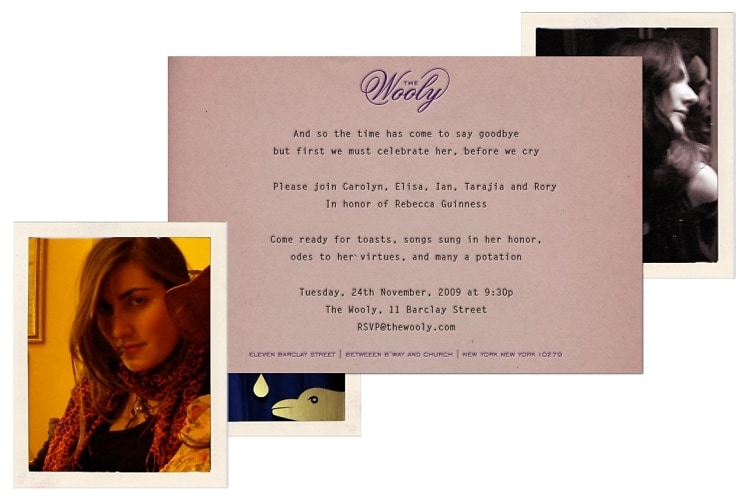 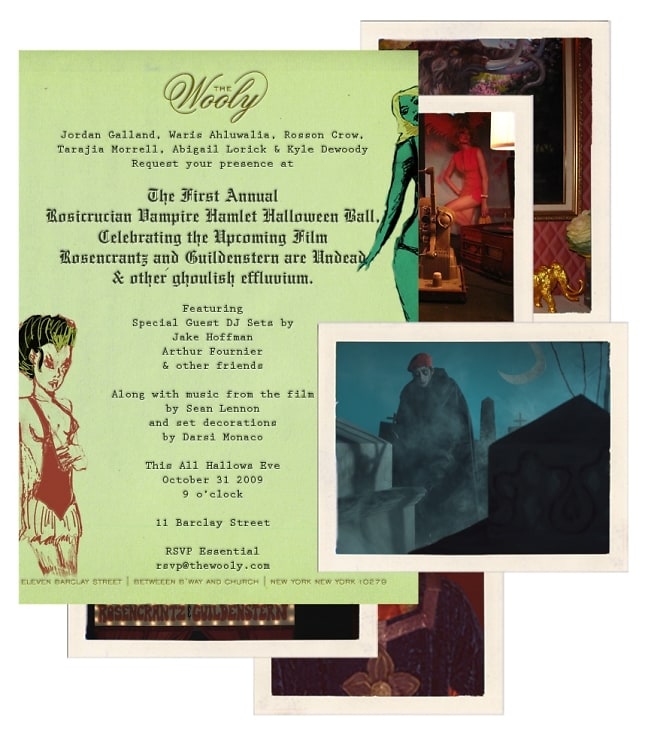 Others parties include: Birthday Party for designer Sue Stemp (10/10) Party featuring Dessert Burgers by Arden Wohl and a musical interlude by Rory Guinness (10/21) Party for Invsible-Exports gallery celebrating first year of their Artist of the Month Club (12/12) Party for The Lake & Stars (12/14)

We look forward to many more parties from the Wooly. Stay tuned for more news as Eric tells us about the spaces future plans next week... 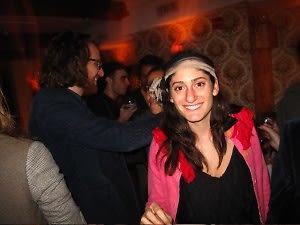 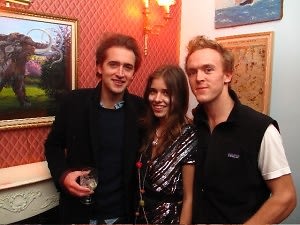 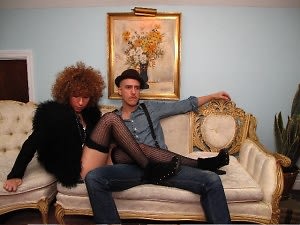