Last night with two friends from France, I trekked out to the ultra-swank Forty Four bar at the Royalton hotel hoping to speak to Wes Anderson.The party celebrated the release of James Hamilton's new photography book, "You Should Have Heard Just What I Seen," and as we waited for Anderson-cum-Godot, we curiously realized we were in a type of Andersonian cinematic environment.

First of all, despite Anderson's absence, his reoccurring characters were present. Waris Ahluwalia, for example, who played Vikram Ray in "The Life Aquatic" and the chief steward in "The Darjeeling Limited." 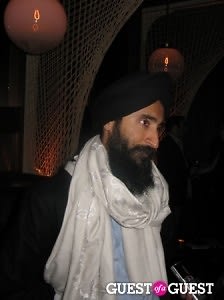 Ahluwalia runs a jewelry line called House of Waris, which he seemed quite interested in; I, however, found the mini Klondike bars the cocktail waiters served us more interesting.

My friends Gilles and Maud helped me devour the plate. 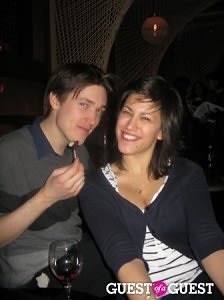 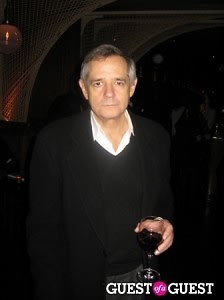 He told me about how he used to work with Mark Jacobson (now a great long-form New York mag writer) on stories for The Village Voice. 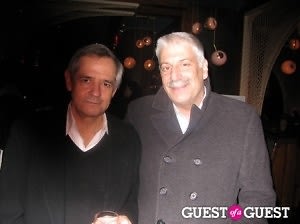 Then, these people approached me, and I was curious as to why the guy on the right was wearing such a loud coat. 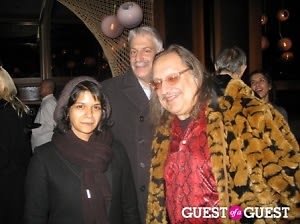 The lady on the left, Shilpa Ray, is a notable rock harmonium player. She plays in a band called Shilpa Ray and Her Happy Hookers.  She said something that sounded like "I play for my soul."

"You play for your soul?" I asked.

"That makes me sound really deep," she said and smiled and revealed that's not what she had originally said.

Then the guy in the cheetah pattern coat comes up to me and says, "Who are you?"

And I say, "Ross Kenneth Urken."

He tells me his name is "Ratso."

Then he says something that sounds like, "Phil Myass gave me that nickname and it stuck."

I hope that he didn't actually say that, but here I am listening to my recording of the conversation, and that's exactly what it sounds like (Update: it was actually Joan Baez). His real name is Larry Sloman, but he looks kind of murine so I understand the intention of the moniker.

He's the guy who co-wrote Private Parts with Howard Stern and whose The Secret Life of Houdini proves that the magician was a spy. He looked like he was heating up in that coat, and I officially decided that Anderson wouldn't show, so I bid these folks adieu.