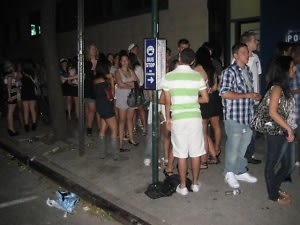 It looks like half the people who stuck around the city over Labor Day weekend descended on Avenue A Sunday night. EV Grieve did some digging and discovered what drew the swarms of youngsters to the new-ish Diablo Royale Este: a Boats 'N Hoes party. Stay classy, kids.

This event is noteworthy for three reasons:

It offers further proof of Alphabet City's abrupt transformation into Murray Hill. For years East Villagers wary of the neighborhood's steady gentrification fled the numbered avenues for letters. In a cruel twist of fate, Avenues A and B (and soon, inevitably, C) have become even more replete with young drunks and the cheesy bars that cater to them than the more established and on-the-grid western portion of the EV.

It comes at the precise moment neighborhood residents were (once again) hopeful for the death of the loathsome Superdive.

Perhaps because it was a holiday weekend and perhaps because this mass of people on Avenue A was mostly white, this happening did not attract the same police attention as the riot back in February. Which only further pissed off the neighbors. Via Grieve, some choice snippets:

"...it is so depressing. Just heard a big, "WHOOOOO!" I never thought the East Village would become one big frat/sorority party. I moved here to get away from those people!"

"Am I the only one in town and experiencing over 500 18-20 year olds who have literally taken over the sidewalks and three-block radius, as I write??"

"I called 911 to complain and the operator said "It's Labor Day." Then I went and found one cop who said "it's nearly over," but I have no idea what it is. Jason Bieber??? I've NEVER seen this many people in one place since attending Obama's inauguration in DC."

That's a little harsh. I've met Jason Bieber, and he's a really good guy. Also, not cool to call 911 about this sort of thing, folks. That's why Headmistress Bloomberg invented 311.

Anyway, if this is what happens at a Mexican restaurant, just imagine what horror Billy Hurricanes will unleash on Avenue B. 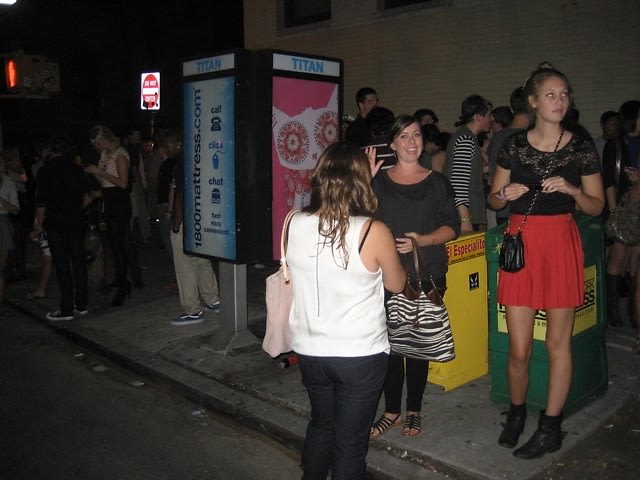 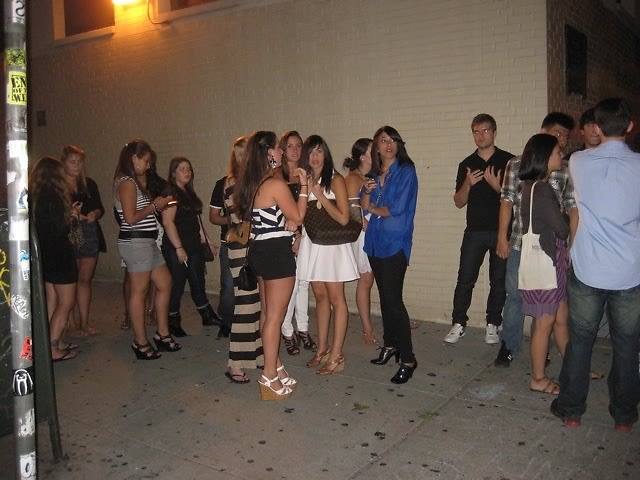 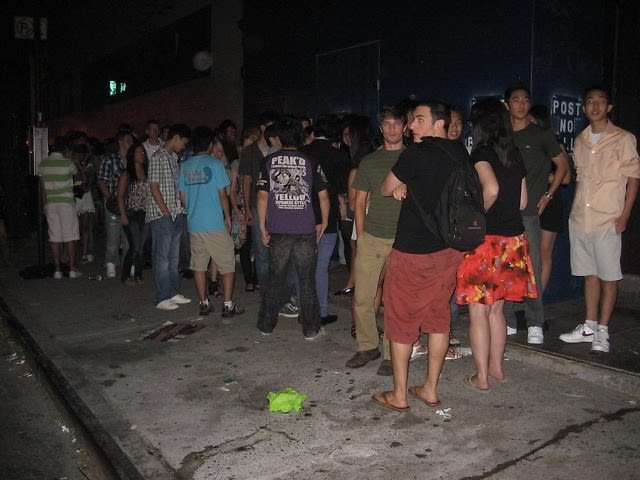