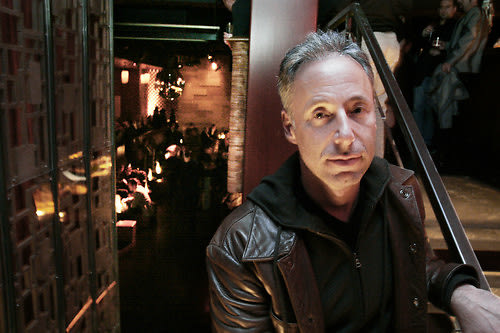 amNew York cautions us that New York nightlife may be heading into a slowdown, and that it is getting harder and harder to secure a liquor license due to resistance from community boards.  And of course no article on the industry is complete without lamenting the ubiquitous money culture that has infiltrated what was once a vibrant, diverse, and eclectic scene.  But why, why did they have to choose David Rabin to opine?

"There are a lot of reasons why the days of Studio 54 and other great clubs of the '70s are not here anymore," said David Rabin, the owner of Lotus and president of the New York Nightlife Association, a trade group. "For one thing, crowds have become much more self-separating. When I first started gong out in the late '70s and early '80s, everyone was under the same roof. Straight, gay, black, white, male, female, it was awesome."

The fact that he owns Lotus should preclude him  any nightlife commentary.  Lotus was briefly hot 5 years ago...and now heavily contributes directly to the downfall of the industries vibrancy.